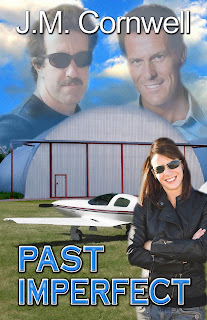 I'd like to welcome guest author, JM Cornwell to the blog.
************
Devastated by love and nearly killed in a car crash, Lynn Sanderson disappeared, returning five years later with a new name, a new face, and a plan…
Adrian Cahill didn’t realize his ideal woman, his soul mate, was right in front of him, so Lynn walked away from their stagnant relationship.
She had no idea she’d soon be involved in a near-fatal crash that would change her appearance and leave her haunted with nightmares of accidents and death. No longer the same person, Lynn took on another girl’s name and carved out a new identity.
While recuperating from reconstructive surgery, she bought a run-down cabin in the mountains of Pennsylvania. With the help of local handyman John Logan she brought the structure back to life, turning it into a wonderful retreat. He also helped her remodel an abandoned factory near Bolton air field in Columbus, Ohio. Over the years the two became close friends, though Logan remained a mystery, never revealing much about his personal life or his past.
After five years and in her new incarnation as Diana, Lynn made up her mind to go back for the man who rejected her, and goad him into chasing her until she catches him. Could she create a new ending for an imperfect past?
And how will Logan, her mysterious mountain man, feel about losing his best friend?

REVIEWS:
Ecataromance.com’s Emily:
“J.M. Cornwell has written an endearing story about Diana who becomes conflicted and begins to question her choices. Every detail is beautifully described for the reader, making it difficult to put the book down. Past Imperfect will pull at your heart strings as you turn each page and begin the next.”

Matilda at Coffee Time Romance & More:
“Past Imperfect is a pleasurable read, one that will touch your heartstrings and even complicate you on which man Diana should be with. Smooth flowing dialogue makes this a story you can breeze thru without losing a thing. This is a book worthy of the shelf space.”
John A. Evans on Amazon:
“As a guy, I'm not a huge romance novel fan, but I must admit I do have my "must read" authors (Nicholas Sparks is one). Anyway, from the moment I started reading, J M Cornwell had complete control of my time and attention. In the end I was satisfied, but sorry the read was over. I'll be watching for more stories from J M.”
Posted by Stephanie Burkhart at 2:27 AM