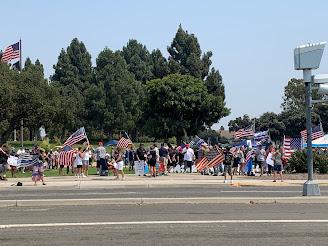 Last Saturday, the family had a day off.  It was going to be hot in Santa Clarita, and Castaic Lake was closed (since it is the command post for the Lake Fire) and we needed to get out.  We've been a good little family since COVID restrictions hit. We don't get out much, but there's not much to get out to.  Here in So Cal, especially LA County, a lot of things are still closed.  Nail Salons/Hair places can only operate outdoors.  Restaurants can do take out or offer outdoors patio dining. (That's tough because it's HOT and not a lot of ppl want to eat outside in the searing heat) School are closed and are online ONLY.  The Pac 12 is not playing fall sports which in include football, so no college football.  Our typical day is: I go to work, do physical therapy, (on my knee, this is my last week) go home, eat dinner. Watch TV, do housework, read a book, go to bed. The boys go to school online, and hang out at the house.  (The one plus is that Joey is signed up for a Volleyball clinic so we got out of the house last night) -- The bowling alley is closed. There's no boy scouts.  Everyone wears a mask and even at work they preach social distancing. sigh... If anything, it's mentally draining.  The amusement parks are closed.  The only thing open is the beach.

So last Saturday we said, let's get out of the house and go to the beach.  The good thing about the beach is that it's usually 10-15 degrees cooler than the searing heat of Santa Clarita.

It was nice because it was off the cuff and nothing was planned. We just went with the flow. We left around noon and our first stop was the Outlet Malls in Camarillo.  As we cruised through Ventura, we discovered a rally on the corner of a park.  People were wearing red, white, and blue, waving flags.  There were two banners -- back the blue and Trump.  It was heartwarming to see since I'm a 911 dispatcher and a veteran.

The Outlet Malls were packed.  Some stores had waiting lines outside of the establishment so as to mind social distancing. We found some athletic shorts that my son liked and then it was off to the local seafood place. The local seafood place is in the Ventura Harbor and it's called Andria's.  The fish there is very fresh.  I split the meal with my husband. We had a mixed platter with beer battered fish, calamari, scallops, and shrimp. Yummy.  My fussy son got chicken nuggets and fries from a place close by.  The temp was 82 but it was humid so it felt hot.  We ate outdoors, so it was a tad hot for us (but not as hot as it would have been in Santa Clarita!!) Afterwords we crossed the street and put our foot in the water.  On the beach, it felt much cooler.

I love the water.  I'd love to live in Ventura (or Catalina Island) when I get old and retire, but it probably won't happen. 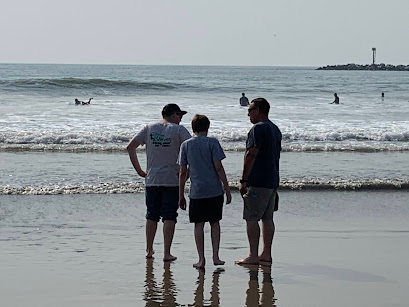 Next we go, we'll plan a tad better and be a bit more organized, but not bad for a spur of the moment pack up and go.

I'd love to hear what you do to stay cool or what stuff is open in your part of the USA.

Have a good one

Check out my story, Mr. Christmas Elf.  Can Elvis the Christmas Elf help Jules salvage Christmas?  Avail on Amazon in the Kindle Store for 99 cents. 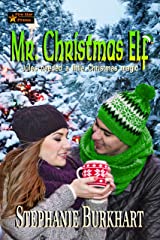 Posted by Stephanie Burkhart at 9:56 AM 14 comments:

I Wish I was a Genealogist

I wish I was a genealogist. Why? Because then I would have answers to my past  that would help me explain the following photo: 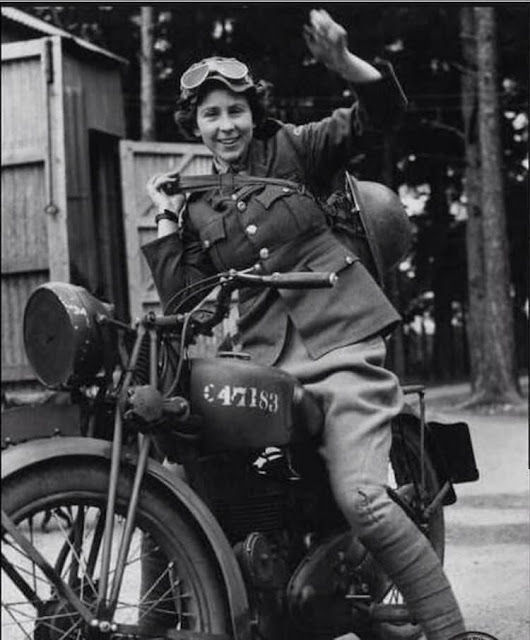 Dispatch Riders (or Despatch Riders) were used by the British in World War I and World War II as messengers to deliver urgent orders or communications from headquarters to field units.

In World War II when men were in field units, the British used WRENS as Dispatch Riders. WREN stands for Women's Royal Navy Service (WRNS) . As men were out to war, the service drafted women to be dispatch riders with the important mission of delivering  orders/communications. They worked in all kinds of conditions from the Blitz to bad weather.

The women who were initially selected needed to have knowledge of motorcycles, how to ride one, and how to provide maintenance on a motorcycle. They were usually well known competition drivers from local racing circuits. As the war grew on, they selected untrained women and would train them up.

Their work during the Battle of Britain was praised since traveling during those conditions where dicey to say the least.

The bike this dispatch rider is on is a BSA 250cc, which is a common bike of the time.  The photo is dated 10 May 1941. An article about the dispatch riders that share some information on their background and heroism can be found here: https://www.motorcyclistonline.com/female-dispatch-motorcycle-riders-world-war-ii/

Why do I wish a genealogist?  Because the women on the bike looks just like me. 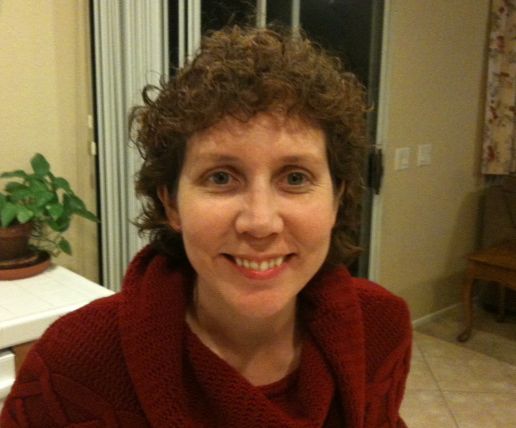 I'm a tad older in this picture, in my 30's, but you can see the resemblance. When I saw this picture I was stunned.

A co-worker  found it on a Pinterest board and shared it with me. We were both floored. I was able to find out a date on photo, the type of bike, and from what's she's wearing, determined she was a  British dispatch rider, but that's it.

I want to know more!!

I did 23andMe about a year and half ago and found out some interesting things about my genes.

I'm 44% Eastern European from Poland and Ukraine.  Not surprised.  My mother's family came from those areas.  From what I've been able to find out, My maternal grandmother's parents, Michael and Petronella (from Ukraine) left in 1913 to come to America so Michael wouldn't be drafted into the Russian army (World War 1) . They settled in Massachusetts and my grandmother settled in Hinsdale, NH with her Polish husband.  I don't know his story at all, but would interested to learn it.

My father's side has a rich Canadian history that can be traced back to the "Daughters of the King" (Fille Du Roi) where Louis XIV (14th), wanting to increase the French population in Canada, sent approximately 800 young women with dowries he provided them to Canada to find a man and start a family between 1663-1673.  According to 23andMe, I am 15% French/German.  (Interesting side note, according to 23andMe, my German comes from Nord Rhine Westphila -- the area where I was stationed when I was in the US Army 86-88.). My French comes Normandie.

When I was little girl, I once asked my Granny (my father's mother) where she was from.  She said, "I don't know.  I'm a mutt, I'm little from here and there."  Me: Are you Irish?  (because St. Patrick's Day was around the corner and I wanted to wear green.) Granny: Maybe a little, I don't know.

Come to find out, Granny was a lot more Irish -- and British -- than she thought!!

23andMe says I'm from all over Britain, but the big "hit" is in the London area. I'm 2-3 generations removed according to them, which sounds about right if one of Granny's parents (or both) had British roots.

I would love to know the woman's name in the picture.  Where is she?  Is she in London?  Who are her family?  Is she a cousin of mine?  Why does this woman in the picture look remarkably like me?

Ah... it's something only history -- and a genealogist can tell me.

Check out my .99 cents story, Journey of the Heart, now available on Amazon . In the aftermath of Word War II, can James help Rachel save her winery? 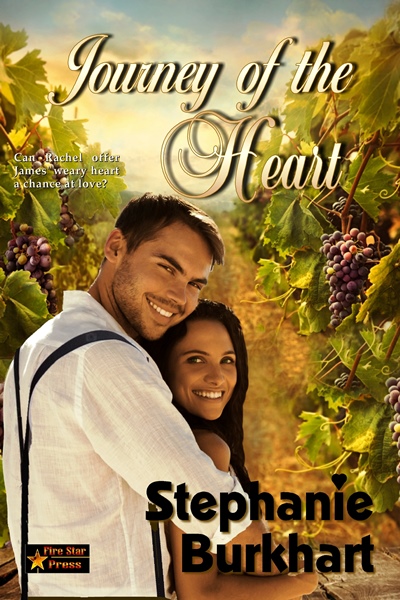 Posted by Stephanie Burkhart at 12:48 PM No comments: