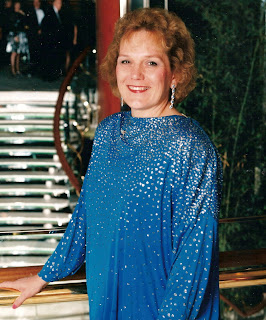 When the idea for Ancient Awakening came to me, I needed a special place for my characters to interact. Ancient Awakening is based in New England in the present. Not so difficult a venue since I grew up in the area, except the Rhodes End has a few quirks and is home to a host of paranormal creatures.

Rhodes End is located on a confluence of ley lines that draws magic and paranormal activity. Rhodes End dog-legs the North-Eastern corner of Connecticut, the hip pressing against Massachusetts while the paw scratches into Rhode Island.

Rhodes End fails to appear on many maps due to various boundary and settlement disputes. Less than an hour from Hartford and Providence, major highways to both Boston and New York City cut through the hills less than a mile away.

The ley lines are the same lines that pass under Stonehenge, the Great Pyramid, Machu Pichu and Anasazi ruins in Arizona. Their mystical power is recognized by ancient religions. The power existed before the Caucasian influx chased away the small tribes who used the site to call their spirits. Nothing is noted of the even older pictographs in the deep caves. 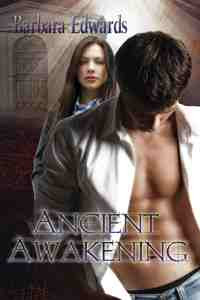 Farmers, shopkeepers, teachers and other townspeople live normal lives unaware of the ‘different’ ones. An ordinary tourist tooling up the scenic road may tell friends of the charming village, but only the harmless or the expected find it easily. The basic rules of space and time seem the same, but magic can occur along with paranormal activity. In fact, those with paranormal senses find them stronger, more reliable.

My heroine ‘Mel’ is a normal, hard-bitten cop, who prides herself on her common sense. My hero Steve is a scientist who believes in the facts he can prove. Being confronted with a dangerous creature that cannot exist makes them doubt all their preconceptions about what is ‘real’.

To accomplish this transition, I researched chromosomes, diseases, archeology, myths and traditions. I wanted my readers to understand why Rhodes End draws the strange and outlandish. Power pulses in the air for those who are aware.

Here a Blurb: Police Officer Melanie Petersen is the only one who believes a suspicious death is murder. By disobeying direct orders from the Rhodes End Chief, she risks her career to follow clues that twist in circles to her backyard and lead the killer to her. Her neighbor Stephan Zoriak is a prime suspect. While working for a major pharmaceutical company, he is exposed to a dangerous organism that changed him. He suspects he is the killer and agrees to help Mel find the truth when the deaths continue. In the course of their investigation Mel and Steve find more death and continued distrust that make them wonder if love can defy death.

Legend gave him many names, but the wide halls of his mountain retreat no longer
echoed with countless worshipers. He could have ruled the world had his ambition
not died with the passage of time. The endless whispers were from the cold winds
and the few praying priests. He didn’t care that he couldn’t remember his real name
or birthplace.

For an eon he’d regretted the loss of softer emotions. Love had been the first feeling
to die, along with the woman who had insisted he would never harm her. He couldn’t
recall her features just the merry tinkle of her laughter and the bright smile she
had greeted him with every morning. He licked his lips. She’d tasted sweet.

Fierce need flared in his gut and he sniffed the air. Outside his chamber a single
acolyte in long brown robes waited to escort him. His mouth curved with a mirthless
smile. The silent servants had ignited the flickering wall torches. Shadows jumped and shivered in the drafty halls like nervous virgins.

Posted by Stephanie Burkhart at 1:16 PM