Believe it or not, just about every phase of the moon has a name. The names come from different cultures. In December last moon, there were two full moon phases in the moon. The first full moon is known as a Christmas Moon. (From Colonial American Tradtions) The 2nd full moon, which rarely happens is known as a Blue Moon because its the 2nd recoccuring moon in the month. This month, in January, it is known as a Wolf Moon.

And you know how I love wolves. hehe

The Wolf Moon comes from the Native Americans and it's named because of how the wolves used to howl at the moon on cold winter nights.


So in each orbit, the moon reaches this closest point to us, called perigee. Once or twice a year, perigee coincides with a full moon, as it will tonight, making the moon bigger and brighter than any other full moons during the year. 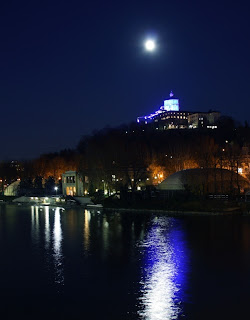 Taken from the Native American culture is a list of the Full Moons for the upcoming year:

FEB 2010 - Snow Moon
MAR 2010 - Worm Moon
Interesting Note: In 2010 this is also the Paschal Full Moon; the first full Moon of the spring season. The first Sunday following the Paschal Moon is Easter Sunday, which indeed will be observed six days later on Sunday, April 4.

APR 2010 - Pink Moon
MAY 2010 - Flower Moon
JUN 2010 - Strawberry Moon
JUL 2010 - Buck Moon
AUG 2010 - Sturgeon Moon
SEP 2010 - Harvest Moon
Traditionally, this designation goes to the full moon that occurs closest to the Autumnal (fall) Equinox. The Harvest Moon usually comes in September, but (on average) once or twice a decade it will fall in early October.


Reference for this blog entry:http://news.yahoo.com/s/space/20100129/sc_space/biggestandbrightestfullmoonof2010tonight
Posted by Stephanie Burkhart at 9:23 AM

Email ThisBlogThis!Share to TwitterShare to FacebookShare to Pinterest
Labels: names of the moon, wolf moon