A good romantic novel is not the massed-produced formulaic massively consumed quickie book commonly known as a “Bodice Ripper.” A romantic novel is more than thin plot lines designed to get the main characters from one sexual congress to the next.

S. G. Cardin’s debut novel, The Wolf’s Torment, is a romantic novel without being a clichéd ridden “romance” novel. With elements of historical fiction combined with the gothic supernatural, The Wolf’s Torment is in the similar vein as Anne Rice’s Vampire Chronicles and The Mayfair Witch Chronicles, but the story is also convoluted like Charles Dickens’ Great Expectations as well as dark Arthurian undertones. It is an erotically charged novel with powerful sexual scenes that are not gratuitous, but necessary for the development of character and plot.

Cardin’s hero, child Prince Mihai Sigmaringen of Moldavia in the 1800s, watches helplessly as his mother is murdered by an evil witch. An older Mihai realizes that he lives in country with real monsters, and the modernization and unification of Romania is the only way to rid Eastern Europe of these ancient evils. Cardin writes, “He had a future to fulfill… He would modernize the country and drive out such beings as witches and werewolves that would have the rest of the world think his country as uncultured.” 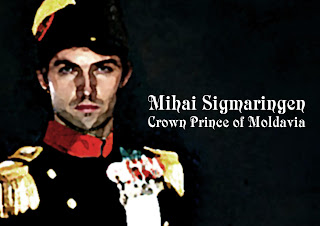 But the ancient evil persists, and Mihai’s best friend Victor, who he met in England while attending university, is bitten by a werewolf. When the beast overcomes the man, Victor’s werewolf nature invades his humanity and he betrays Mihai.

Mihai makes his own betrayals: to see his plans reach fruition he submits to an arranged marriage to the Lady Theresa von Kracken, even though Alexandra, his gold-digging mistress from London, is pregnant with his baby. Theresa believes that Mihai is the prince that her precognitive dreams had shown her as a child.

After the death of his father, Mihai is crowned King and Theresa becomes his queen. Like Lancelot and Guinevere who betray King Arthur’s trust, Victor has his way with Queen Theresa—the difference being Victor drugs Theresa and takes advantage of her vulnerability. Unlike Guinevere, she never stops being deeply in love with her husband.

The story turns desperate as King Mihai relentlessly drags a reluctant Moldavia into a modern age, even while chthonic forces attempt to pull Moldavia out of enlightenment and back into the darkness of magic, fear and superstition.

Cardin has provided a Q and A session as well as deleted scenes and discussion issues. Readers that enjoy fast-paced novels with some scares and mystery will find themselves waiting impatiently for a sequel to this historical and supernatural romance.

Reviewed by Lee Gooden
ForeWord Clarion Reviews
Posted by Stephanie Burkhart at 8:35 AM

Email ThisBlogThis!Share to TwitterShare to FacebookShare to Pinterest
Labels: fantasy, review for the wolf's torment