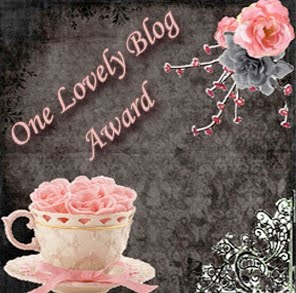 I got a Lovely Blog award from Anne Patrick the other day for my post about the Hearst Castle. I have to admit I was tickled pink. Thank you very much, Anne. hehe. Here's a link to Anne's Blog: Suspense by Anne

Here's a link for my short story, "The Peenemunde Secret." It was an Honorable Mention Winner in the Writer's Digest 2008 Popular Fiction Constest in the Thriller/Suspense category. Just recently, I offered it as a free read for the Desert Breeze Scavenger Hunt. You can find the complete story at my website.

The heels of his boots clanked against the metal companionway of the British submarine, the HMS Mountbatten. The ship was close to the surface, rocking gently from side to side under the waves as the storm rolled over the south Baltic Sea. The autumn chill made him shiver.

The sub was running on minimal power to avoid detection. This would be a dangerous insertion.

They had to avoid the German sub, Hindenburg, patrolling the quadrant.

John Kent's eyes cut in the direction of the voice. "Captain Rathcliff."

Rathcliff's eyes raked over him. "You look good, Kent. Just like a German sailor."

Kent smiled. That was part of the ruse. Hopefully the foreign uniform and his command of the German language would be convincing when he got to shore. There was a small military base on the German Baltic coast in Peeneműnde. British Intel believed the Germans were developing a massive secret weapon. It was Kent's mission to get on the island, infiltrate the base, and obtain information about it.


Rathcliff handed him a small sealed plastic bag. "We've been ordered to patrol the Baltic for two weeks. We'll be listening for a signal from you on these frequencies."

Kent took the bag and tucked it into his uniform breast pocket. "Any word on the Hindenburg?"

"It's in top shape. We're lucky we've gotten this far without being detected tonight."

"The weather has helped to give us cover."

"It's still dangerous. The ship's taking a pounding. She'll be good for it, but the crew is nervous."

"Good. We're as close as we're going to get to Peeneműnde. The storm's almost passed, but the water is still a little choppy. The swim to shore is two miles -challenging for even the best athletes."

Rathcliff pointed to the door and Kent followed him into the hall. They went to the
bridge and Rathcliff gave the order to go topside.

Kent followed Rathcliff to the nearest access ladder to the top deck. He waited patiently, ready to climb it as soon as the ship broke the water's surface. This was his first mission for British Intel. He worked as a radio operator on a military base near London at the start of the war, and because he could speak German, they recruited him for this assignment.

The rush of the sub hitting the waves jarred his senses. Kent looked at Rathcliff.
"Good luck, Leftantant."

Kent said nothing. He climbed the ladder and popped the hatch. A blast of drizzle assaulted him. It was hard to get a firm footing on the deck as he made his way to port. As soon as he reached the edge of the ship, he jumped overboard and began his long swim toward the German coast.

Every stroke was demanding. The waves threatened to engulf him. He called on all his strength, making long strokes and taking deep breaths. Slowly, he approached the shore. An unexpected wave slammed into him. He went tumbling under the water and his body struck a rock. The impact forced the air out of his lungs. His senses reeling, he knew he had to have air and struggled to get to the surface.

The wind pushed him in, and now half conscious, he realized he was prone on the sand.
Kent's eyes struggled to stay open. He ached all over, especially in the ribs. He got up on his hands and knees. Pain ripped down the side of his left torso. He needed help. There was a block of houses about two hundred meters in front of him. They all looked the same, painted gray and green with several chimneys puffing smoke against the night sky.

Kent stumbled up the beach, his eyes going in and out of focus. His breathing was labored. After several excruciating minutes, he knocked on the door of the house nearest to him. It opened. A beautiful blonde appeared.

"Help me," he said in German. Then he collapsed at her feet.

Posted by Stephanie Burkhart at 7:40 PM