A California Tidbit - The Hearst Castle 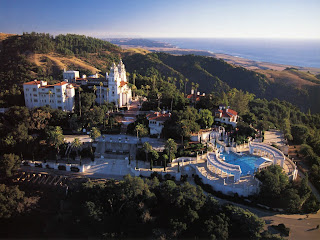 The Hearst Castle is a wonderful place to visit in California. It was one of the first things my husband and I saw when I came to California in 1998. For me, after spending 7 years in Europe and going European castle hoping, I didn't America had anything that could compare. I was wrong.

So who was Hearst? He was a newspaper mogel who lived in the early 19th Century. 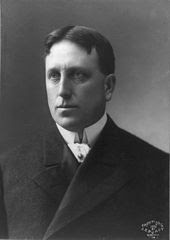 
Interestingly, he was twice elected as a Democrat to the U.S. House of Representatives. Nonetheless, through his newspapers and magazines, he exercised enormous political influence, and is sometimes credited with pushing public opinion in the United States into a war with Spain in 1898. He was also a prominent leader of the liberal wing of the Democratic Party from 1896 to 1935, although he became more conservative later in life.

In 1903, William married Millicent Veronica Willson (1882–1974), a 21-year-old chorus girl, in New York City. Millicent bore him twin sons, David and Randolph, on December 2, 1915. The love of his life was Marion Davies, a famous film star at the time. Hearst died in August 1951. Davies died in Sept 1961.
After the death of Davies' niece, Patricia Lake (née Van Cleeve), Lake's family announced that she was in fact the birthdaughter of Marion Davies and William Randolph Hearst. Prior to the announcement, it had been said that Lake was the daughter of Rosemary Davies (Marion's sister) and her first husband, George Van Cleeve.

The Castle itself was built on a 40,000-acre ranch purchased by William Randolph Hearst's father, wealthy miner George Hearst in 1865. Hearst Castle is located in San Simeon , California , almost exactly half-way between Los Angeles and San Francisco . The ranchland has grown over the years to encompass some 250,000 acres. The Castle is on the coast and in a remote area as well. The nearest town, San Simeon is rather rural. It is 43 from San Luis Obisipo It's a very private place and has a magnificant view of the California coast! 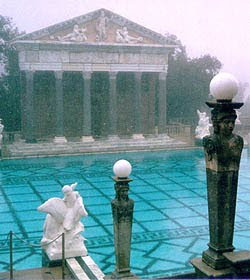 Hearst first approached American architect Julia Morgan with ideas for a new project in April 1919, shortly after he took ownership. Hearst's original idea was to build a bungalow, according to a draughtsman who worked in Morgan's office who recounted Hearst's words from the initial meeting:

I would like to build something upon the hill at San Simeon. I get tired of going up there and camping in tents. I’m getting a little too old for that. I’d like to get something that would be a little more comfortable.

Construction began in 1919 and continued until 1947 when Hearst grew ill in health.

Hearst Castle featured 56 bedrooms, 61 bathrooms, 19 sitting rooms, 127 acres (0.5 km2) of gardens, indoor and outdoor swimming pools, tennis courts, a movie theater, an airfield, and the world's largest private zoo. Zebras and other exotic animals still roam the grounds. Morgan, an accomplished civil engineer, devised a gravity-based water delivery system from a nearby mountain. One highlight of the estate is the outdoor Neptune Pool, located near the edge of the hilltop, which offers an expansive vista of the mountains, ocean and the main house. The Neptune Pool patio features an ancient Roman temple front transported wholesale from Europe and reconstructed at the site. Hearst was an inveterate tinkerer, and would tear down structures and rebuild them at a whim. For example, the Neptune Pool was rebuilt three times before Hearst was satisfied. As a consequence of Hearst's persistent design changes, the estate was never completed in his lifetime. 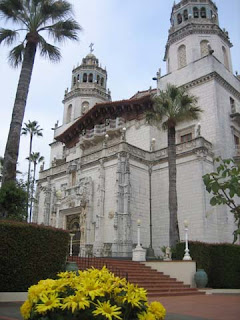 Although Hearst Castle's ornamentation is borrowed from historic European themes, its underlying structure is primarily steel reinforced concrete. The use of modern engineering techniques reflects Morgan's background as a civil engineering graduate of the University of California, Berkeley and the first female architecture graduate of the École nationale supérieure des Beaux-Arts in Paris. During Hearst's ownership a private power plant supplied electricity to the remote location. Most of the estate's chandeliers have bare light bulbs, because electrical technology was so new when the Castle was built.