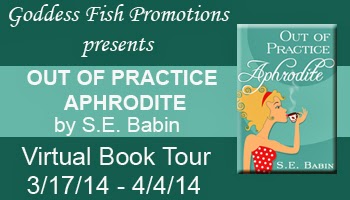 S.E. The main character is Aphrodite. She’s been blending in with the mortal population for years now, but her peaceful existence is about to be shattered when Mount Olympus comes calling. Now she’s caught in the middle of a high stakes power play, and it’s up to her to take down a powerful goddess before Abby’s existence gets wiped out.

It’s a mixed genre book – part mystery and part humor, so the tone throughout most of the novel is light, mostly because she can make fun of herself…and everyone else, of course!

S.E.: The book took about a year to write, but the bulk of it was done over a period of about four or five months.

3   STEPH: Did you have to do a lot of research for the novel?

S.E.: I did do quite a bit of research on this one, only because I wanted to make sure the book stayed true to the characters. I did take major liberties with some of the stories to make it my own, as many authors do. For Aphrodite, I pulled from The Theogeny. For the others, I used traditional myths. This was done to keep my main character from being related to everyone in the story!

4   STEPH:  How does the cover reflect the story inside? 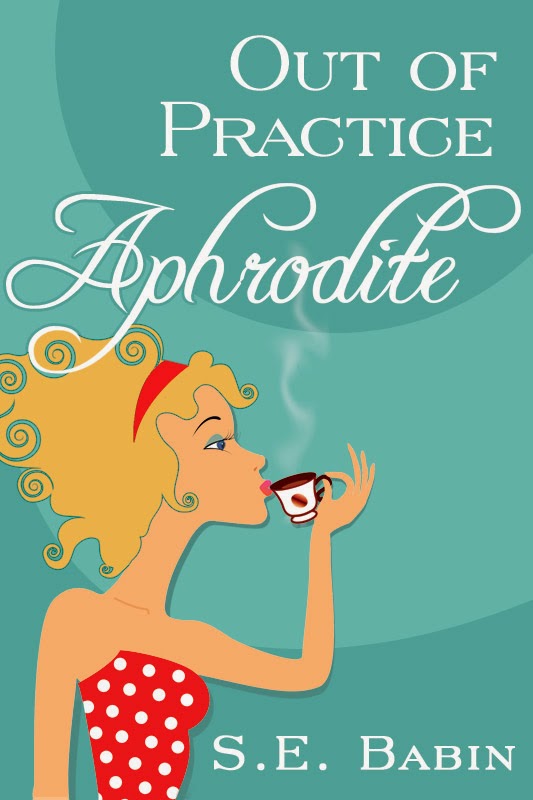 S.E.: That’s a great question. Have you ever picked up a book thinking it was written in one style because of the cover, only to start reading and figure out you were completely wrong? I hate that. I think this cover is reflective of the story. Aphrodite (Abby) is trying to fit in with the mortals. She wears regular clothes, loves pop culture, and (as you can see on the cover) she loves a good cup of coffee. The cover is in the vector style, which I love, and shows the work inside probably has a lighter tone.

5    STEPH: Oh, I love a good cup of coffee. Now, Aphrodite (Abby) is the heroine. What are her strengths? Weaknesses?

S.E.: Let’s talk about her weaknesses first. In mythology, many of the gods and goddesses are vain and manipulative. Abby stays true to that with vanity, at least in the beginning. She is the Goddess of Love and the most beautiful woman in the world. After thousands of years knowing that, she’s bound to have some issues being humble. However, as the novel progresses, she tones that down a little bit because more important things come to light.

Her strengths are many, though. She cares for her friends very much, although she struggles with selfish behavior sometimes. She also cares about Zeus even though she can’t quite figure him out. Overall, she’s a very loving person who’s been way too complacent over the years. Things change quickly for her, but she adapts to those changes with as much grace as she can.

STEPH: Tell me about the heroes in this book.

S.E.: I have two heroes in this book – Hermes and Marshall. Abby struggles with her feelings for both. On one hand, she knows Hermes is probably the better choice because he’s a god and he understands her better. On the other, Marshall touches something inside of her she thought was long buried. They both love her personality and how far she’s willing to go to make something right.

STEPH:   What was in the inspiration behind the story?

S.E.: It was a what if moment. What if Aphrodite (who tries so hard to be normal) unwittingly gets tied up in Olympus politics?

Do you have an ebook reader? If so, which one?

S.E.: I do. I have a Kindle Paperwhite. I don’t like the glare from reading on a Fire or iPad, so I chose to go with the simpler device. I’m a simple creature at heart.

STEPH:    What are you reading right now?

S.E.: I am reading a few books right now – The Naked Truth About Self-Publishing, Swamp Sniper by Jana Deleon and Fashionably Dead by Robyn Peterman.

STEPH:  Fun Question: Do you have any Spring Traditions you'd like to share? Do you garden? Go to festivals?

S.E.: I do garden. Every year I plant a butterfly garden. This year will probably be straight herbs. We just redid the landscaping in the front and put in Bougainvillea, Agapanthus, Texas sages, Plumbago and a few others. It’s starting to look great outside!

I’m not a festival person, only because I don’t like crowded places. I really have to love something to put myself in an area with tons of people.  However, if something interests me, I will usually take the plunge. In fact, I just did one of those underground supper club things. We sat and ate a professionally prepared meal with about 30 strangers. I had so much fun doing that.

Thanks so much for hosting me today!

STEPH: Thanks so much for being here today. Here's a link about the book:

Out of Practice Aphrodite:

Abby’s major screw-up brings the wrath of Zeus upon her head. He offers her a choice – work for him or spend the rest of her days hanging out in Hades with her ex-husband. For Abby, this choice is a no-brainer, especially when Zeus says the only thing he wants her to do is make a love match.

She’s the Goddess of Love. What could go wrong?

Abby stumbles into an ex-lover, a dead demi-god and the realization that a crucial relic has been stolen right out from underneath Zeus’ nose. Eris, the Goddess of Chaos and Discord, is behind the theft and murder and the faltering powers Abby is trying to keep secret. With Zeus breathing down her neck, she’ll need to keep her wits about her as she races against the clock and Zeus’ imposed two-week time period.

Of course, this is easier said than done. Not only is she struggling with a budding attraction to a sexy lawman and feelings for long-time friend, Hermes, she’s also trying to keep everyone out of the path of a vengeful goddess while saving the Earth and Olympus from the reign of a tyrant. What’s a goddess to do when the fate of the world rests upon her fashionable shoulders?

ENJOY THIS EXCERPT:
More tears rolled down my face and golden light blinded me and still I stood there, sucking every bit of magic I could from her. She would never hurt anyone again. “We are gods, Zeus. We are all beyond help.”

“No, Abby. That’s where you are wrong. Look at you. Look at the life you have made away from Olympus. Look at the man you are killing someone for.”

I stared at Marshall, still with his hand out toward me, green eyes watchful and wary.

“You have shown me things I long thought the gods were incapable of – compassion, love, hope, and I hope now you’ll show mercy.” He stood there, powerful in his own right, the King of the Gods asking me to show lenience against someone who would have destroyed him. I looked away, no longer wanting to see the pity or the longing for his daughter in his eyes.

I shut my eyes, willing this all to go away, wishing I could wake up in my bed none the wiser. When I opened them, I turned away and saw Artie standing in the doorway of the den, tears in her eyes and a hand over her mouth. The look of horror in her eyes was my undoing. I released the magic with a gasp and fell to my knees. Sobs racked my body and I couldn’t stop them. The horror of the last few weeks caught up to me in that moment, and I laid my head on the smooth concrete of the floor and succumbed to the grasp of magic.

ABOUT THE GIVEAWAY:  The author will be awarding a chocolate/coffee/wine-themed gift basket (US only) to a randomly drawn commenter during the tour so please leave a comment about the book, the blurb, the excerpt, or share who your favorite Greek God is and don't forget to leave your email in the comments. The more you comment on the tour, the better your chances of winning.  The tour dates can be found here: http://goddessfishpromotions.blogspot.com/2014/02/virtual-book-tour-out-of-practice.html 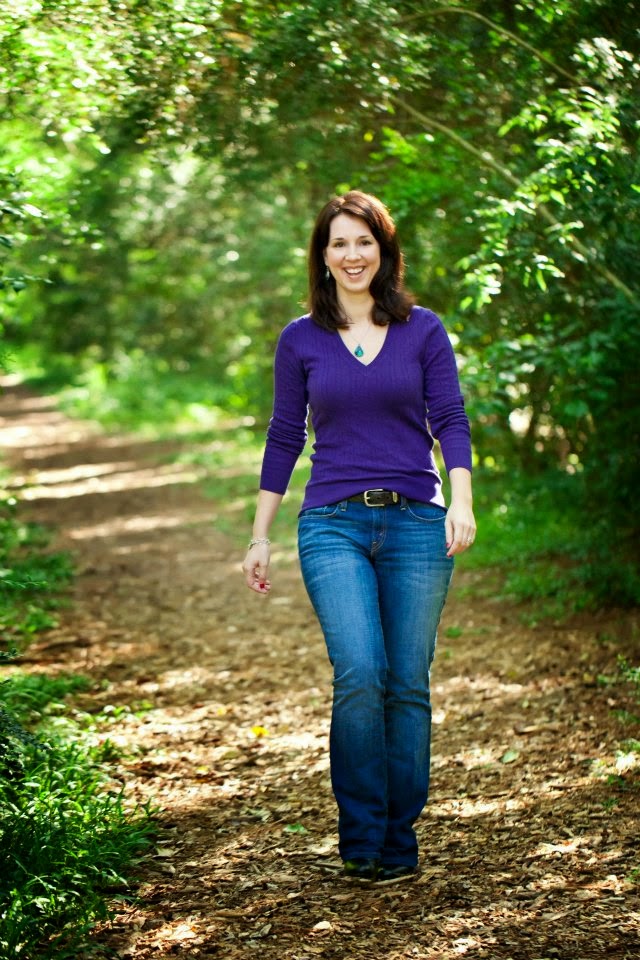 Sheryl has had a book in her hands pretty much from the time she could hold things with her hands. Her love of reading turned into a curious exploration to see whether or not she could write her own. Beginning with random, terrible poetry and a slightly popular reimagining of Beowulf’s Grendel in her high school English class, Sheryl ended up spending way too much time in the library, killing any chance of her becoming a cheerleader or anything even remotely cool.

Sheryl has a fondness for humorous, lighthearted stories but also secretly covets bad-ass leather wearing chicks who curse too much. It helps if they’re funny, too. She writes a little bit of everything but is currently focusing on light paranormal mysteries. Visit her at http://sebabin.com/.