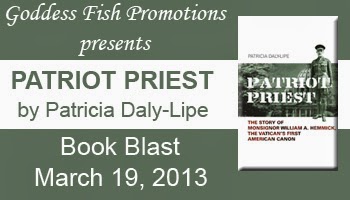 Patriot Priest tells one man's personal experience over several epochs and areas of history. It is also, in part the story of one unique individual, author Patricia Daly-Lipe's great uncle, Msgr. William A Hemmick. Born in Pittsburgh, PA, and raised in Europe, he became fluent in five languages. When the First World War broke out, he felt committed to help the troops. After the war, he was proclaimed the Patriot Priest of Picardy by the Army and Navy. After years spent in Paris, William Hemmick was asked by the Vatican to come to Rome. Ultimately he became the only American Canon of St. Peter's representing the Knights of Malta to the Holy See. It was he who performed the nuptials of American film star Tyrone Power and Linda Christian. He also converted the future Queen Astrid of Belgium.

In 1944, when the bombers of the 8th Air Force were attacking synthetic fuel plants, another German wrote, as a boy, that despite the raids by American bombers,

We Germans never feared the Americans. When the Americans arrived, "the soldiers were friendly and approachable. Their generosity toward children was constant." But all too soon, the Americans pulled out. It was now the Russian troops taking over occupation of East Germany. "We feared the Russians," he wrote. And, although the officers were European, in the beginning, the troops were Asian. Soon, however, the Asians left and just the Europeans remained. "The Russian soldiers (and the Asians when they were there) … were especially dangerous if they had been drinking. Since they were nearly always armed, alcohol made all of the Russians very dangerous.

This was what the children in Germany were subjected to after the war ended: irrational and often brutal behavior. Daily, the children lived under agonizing situations including hunger, cold, and fright. Yet they had resilience. Reading their stories in Wolfgang W. E. Samuel's book, The War of Our Childhood, Memories of World War II, it is awe-inspiring how that generation of German children was able to emerge from such debilitating conditions and become sane and productive human beings as adults.

Twenty-five years after the end of World War II, Adam B. Ulam wrote: "A study of the history of the past twenty-five years …can suggest which of our hopes and fears are realistic and which are not …" (Ulam's preface to The Rivals, America & Russia Since World War II) Although today (2013) the Cold War (the theme of his book) is over, the fear of a global conflict still exists. My point is that the past, and our understanding of it, enhances our ability to understand the present. Today's events take on a new interpretation in light of what came before This is what is known as historical process. This is not a search for answers; it is a search for perspective and questions. Your perspective is formed according to your source of reference: the scholar, the statesman, the politician, the military, the businessman, or, in this case, the life and time of William A. Hemmick [or my interpretation resulting from extensive research.]

In 1953, in predominance was the Soviet-U.S conflict. Some said it was not an isolated moment in history, but a natural evolution of a struggle that began in the past as we saw with Germany. Nations seeking power fall in competition for prestige and security, sea lanes and natural resources, markets and even empires. And so, some asserted in the fifties, it was precisely in this context that the Soviet Union justified its position. George F. Kennan, Secretary of the American Embassy in Moscow in the middle thirties, wrote in an article for Foreign Affairs (The Source of Soviet Conduct, 1947): 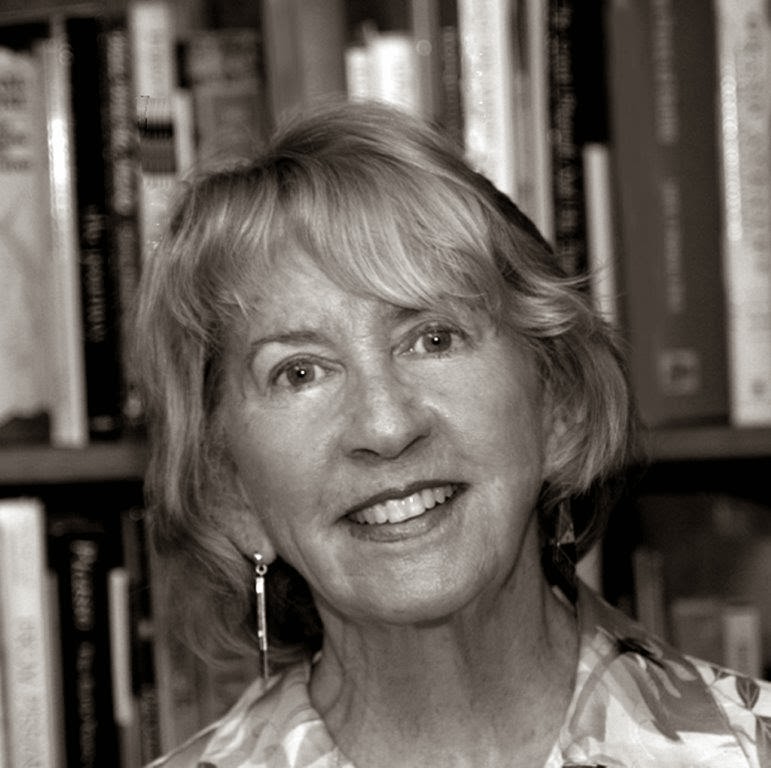 Dr. Patricia Daly-Lipe, is an Author and Artist. She has written six books, all different genres. She is winner of the San Diego Book Awards, Best Books Finalist, the JADA Novel Contest, USABookNews.com Finalist, 2009 2nd place in poetry by the Virginia Writers Club, Inc, and 2013 winner in historical fiction at the Annual Royal Dragonfly Book Awards for 'A CRUEL CALM, Paris Between the Wars and 2013 winner for her short story by the Virfginia Writers Assn.

She has taught at colleges and writing centers, written for magazines and newspapers (including the Evening Star in Washington, DC, La Jolla Village News, The Georgetowner andUptowner), and her paintings have been accepted and sold in Juried shows, art galleries, and private homes. Two of her books feature her paintings on their covers.
Patricia served as President of both the La Jolla and DC Branches of the National League of American Pen Women.

Patricia now lives in Virginia with her husband, Dr. Steele Lipe, three dogs, three horses, and two cats. For years, Patricia raised, raced, and showed Thoroughbred horses. Now she rescues them. She is the mother of three and grandmother of six children.

The author will be awarding a $25.00 Amazon gift card to one randomly drawn commenter, so leave a comment about the blurb, the excerpt or ask Patricia about how she came to write the novel.  Don't forget to leave your email address.

The more you comment, the more your chances of winning! You can find other Book Blast Tour dates at: http://goddessfishpromotions.blogspot.com/2014/02/book-blast-patriot-priest-by-patricia.html

My Review is forthcoming.