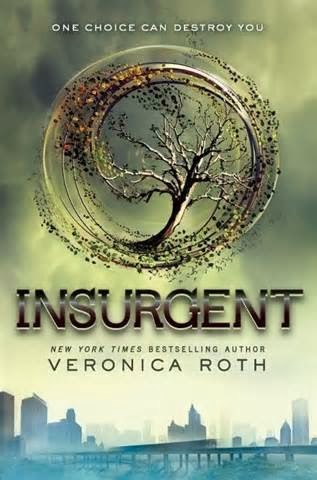 Roth pens an exciting sequel filled with unexpected twists and suspenseful turns with "Insurgent." The Erudite's simulations have devastated the Abnegation and Dauntless factions. Dauntless prepares to regroup, but Tris realizes Erudite's actions were motivated by a secret Abnegation has been keeping. Dare she discover what it is?

Set in the distant future, the book picks up where "Divergent" left off. The Dauntless not under the influence of Erudite's simulation, seek a safe haven with the Amity. From there, they take over their old facility. But Tris, being Divergent, realizes things aren't what they seem. Why does Amity keep the community locked in and what secret is Tobias' father hiding? Dauntless calls for new elections. War with Erudite seems unavoidable, but it is the right thing to do? If Jeanine of Erudite dies, is Evelyn Easton of the factionless a wise choice as leader? Tris struggles for answers in the face of heart pounding action. What will happen when Abnegation's secret is revealed?

Roth's writing is easy to read. She effortlessly draws the reader into Tris's futuristic world. The plot moves fast, keeping the reader on their toes. Roth's characters continue to inspire. Tris realizes there's meaning to Jeanine's actions. Tobias' is loyal to his beliefs, despite constant testing and Christina learns the power of forgiveness. Most of all, the characters learn that just about anything can happen. It's how one deals with those situations, which defines them.

Unlike other sequels or middle books, "Insurgent" is a worthy follow up to "Divergent." The action will leave you breathless. The characters will mesmerize you, and the plot is full of twists and turns. Insurgent's ending is that rare ending that delivers and leaves the reader hungry for the next book, Allegiant. I recommend this story for readers 12 and up. Insurgent will take you on a wild, nail-biting roller coaster ride.

Question for You: Theo James plays "Four" in the Movie coming out in March.  What character did he play on Downton Abbey?