News from the Publishing World - June 2012 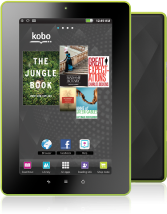 I haven't had a chance to compile my "News from the Publishing World" in a while, but I'm back. Enjoy!

** Ebook Retailer Kobo unveiled its "Kobo Writing Life" at Book Expo America. "Kobo Writing Life" is a self-publishing platform similar to Amazon's. (KDP Select) The new service will use the epub format and offers independent authors 70% of royalties up to $12.99. Over 1,600 writers have signed up to use the service.

Steph's Note: While not as big in the U.S. as Amazon and B&N, I have noticed Kobo is worldwide, reaching readers form Canada to New Zealand. I'm curious how well the program will do with the international markets.

** Rick Riordan who writes the "Percy Jackson" Series is due out with his 3rd Heroes of Olympus book, "The Mark of Athena" on October 2, 2012.

Riordan is also traveling to Europe to research a new series based on Norse lore. 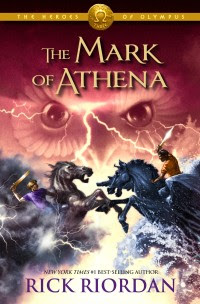 Riordan's "Sea of Monsters," Book 2 in the 1st Percy Jackson Series will be released as a movie March 15, 2013. Logan Lerman will return as Percy.

Steph's Note: I saw the "The Lightning Thief" with my son, Andrew a couple of weeks ago. While it wasn't very accurate in reflecting the novel, my son enjoyed the movie very much. Sean Bean played Zeus, Kevin McKidd was Poseidon and Melina Kankakaredes was Athena.

Riordan says he wrote the stories for his sons and is fortunate to have the level of success he's had.

** Random House reported that six weeks after taking over the publication of "50 Shades of Grey," the series had sold over 10 million copies, print and digital.

** Oprah's Book Club is back! Now called "Oprah's Book Clue 2.0," her pick for June is "Wild: From Lost to Found on the Pacific Crest Trail," by Cheryl Strayed. The story is a memoir of the author's 1,100 mile hike she took after a personal tragedy.

Reference: Information for today's blog was taken from Publisher's Weekly, an online magazine.