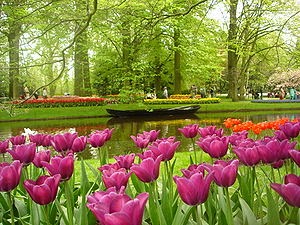 What a treat to discover February is National Haiku Writing Month. I’ve always enjoyed writing Haikus for their brevity, sensual imagery, and word play, but as I prepped my blog for today, I learned that haikus are a lot more complicated than they appear.
A haiku is a short style of poetry from Japan. The actual presentation of a haiku is written in Japanese varies from its presentation in English. The big difference occurs with sound and while a “traditional” Japanese haiku strives for 17 sounds, it loosely becomes a 5-7-5 syllable scheme in English.
I learned when translating haikus into English is a bit of an urban myth because counting sounds in Japanese and syllables in England don’t translate well. When writing haikus, don’t feel limited by the -7-5 scheme.
Traditional haikus focuses on the human condition as it relates to the environment. It should strive to evoke an image or feeling. A haiku should include two juxtaposed (opposite) ideas that allow for a deeper interpretation and use language that involve the five scenes. What do you see or hear? What does it taste like? What’s the texture of the touch? What does scent evoke? Strive for subtle images and avoid clichés. It’s easier said than done.
The challenge of NaHaWriMo is to write a haiku a day for a month. Don’t feel limited by believing you need to follow a 5-7-5 syllable scheme. It’s the thought put behind the words that is the haiku.
Enjoy some of these of these haiku.  Which one is your favorite? If you have a haiku to share, please do!
PEACE
Flash fills my vison
Bang assaults my ears
Peace lingers in deeds
BUCKET
Drop in a bucket,
ripples inconsistent waves,
fleeting beauty fades

evoking bitterness.
Posted by Stephanie Burkhart at 1:30 AM