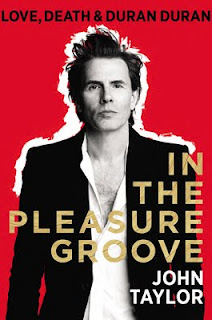 Duran Duran was one of the biggest bands of the 1980's and bassist John Taylor gives readers and fans a peek at his musical influences, life in Duran Duran, and finding his own way. Expressive and poignant, John's story gets to the "heart" behind the man who continues to live a story we can all relate to.

John opens the novel with life in Birmingham, England with his parents. Growing up, he was just a boy in the neighborhood, but when teenage John meets Nick Rhodes, the backbone of Duran Duran is formed. John and Nick pursue their dreams and soon the "boys next door" are founding members of one of the 1980's biggest rock groups.

As John deals with fame, he comes to rely on fame's usual crutches, drugs and alcohol. His insights into the making of the first three Duran albums are a delightful treat for any fan.

At the height of Duranmania in the 1980's the boy next door seems unrecognizable, surrendering to the music and drugs. John's story also offers hope that one can look adversity in the eye and overcome. He shares his choices, good and bad, and he shows us the humanity behind the man and his music.

The book is easy to read and easy to relate to. Taylor talks about the height of Duranmania and the effects that fame had on him and his relationships. What I liked the most was his ability to relate a very human story behind the fame.

"In The Pleasure Groove" gives you John Taylor, his way, his perspective. His story is highly entertaining, connecting on that "raw gut" level, just like Duran Duran's music.