Book Review for: 50 Shades of Grey 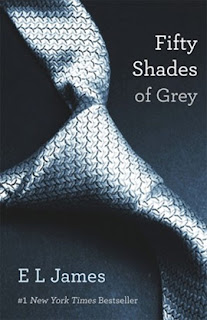 James pens a character driven romance full of inner conflict and nail-biting tension with "Fifty Shades of Grey." Christian Grey is a successful businessman determined to dominate in all things. Enter Anastasia Steele. She challenges him at every turn. Dare he give his heart to her?

Set in contemporary Seattle, Anastasia is a grad student who interviews Christian for her friend, Kate. Ana and Christian can't deny there's a charge of attraction between them. Later, Christian finds Ana and they have a coffee date. Christian would like her to enter into a relationship with him. For Ana, Christian's proposal is shocking, but she's game to try. However, when she wants "more," is Christian willing to meet her in the middle?

James uses a strong character voice that easily pulls the reader into Ana's world. The story is written in the first person, present tense. At times, I found the present tense a bit disconcerting, but the characterization is so strong, I enjoyed the novel very much.

What makes the novel resonate is the characterization. Christian is forceful, bossy, dominant even, but he reveals to Ana another side of himself that he hasn't before. Ana is strong, made of "steele." She may be willing to try Christian's suggestions, but she speaks her mind all things.