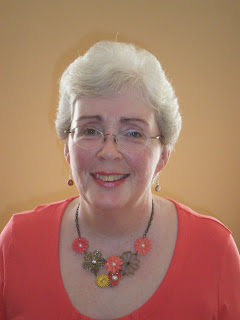 STEPH: What's the plot for "It's Complicated?"

ANGELA: Charles 'Black Ash' Ashton temporarily abandons his jet-setting lifestyle and retreats to his uncles' home in rural Cornwall to avoid being blamed for a multi-million pound poker scam. He's instantly attracted to quiet, elegant math teacher Emily Worthing and decides a fun flirtation will fit the bill perfectly. But after a disastrous affair cost Emily her heart and prestigious job another sweet-talking charmer is the last man she should be interested in. They'll have to navigate their way through a slew of family problems, past loves, and the way life has shaped them to reach their own Happy Ever After.

STEPH: Where did you find the inspiration for the story?

ANGELA: Honestly, Steph, I wrote this a while ago and the first inspirations are lost in the mists of time! Having said that the main setting for 'It's Complicated' is Cornwall, where I grew up, which is beautiful and intriguing enough to inspire any writer. I'm always intrigued by couples who don't conventionally match and enjoy exploring the issues which hold them back from living a more complete, loving life.

ANGELA: Ash and Emily meet at his uncle's New Year's Day party, and sparks sizzle. Bored in the small village Ash is game for a temporary flirtation but Emily has sworn off good-looking charming men so he starts to play the game of his life to win the ultimate prize of love.

ANGELA: The cover is a picture of Trerice Manor, a National Trust property in Cornwall, England. It was my inspiration for Folkham Manor, Ash's family home which is under threat in the story.

STEPH: What genre is "It's Complicated," and why do you like to write in that genre?

ANGELA: 'It's Complicated' is a contemporary romance. Real people - their challenges, motives and what they really want from life interest me far more than vampires, werewolves and alternate galaxies.

ANGELA: I've been writing just over ten years since I took a creative writing class at my local recreation center mainly to have a night out away from my three noisy boys! I got hooked and the rest as they say is history.

ANGELA: Definitely a pantser. I've tried to write outlines before but met with a conspicuous lack of success. Every time I go to another workshop lauding the benefits of plotting I have another go but soon quietly abandon the effort. I've decided that my first draft is my way of discovering the story.

ANGELA: Both these days. I've always been a voracious reader and when e-readers started to become popular I swore I'd remain faithful to printed books. Of course then I saw a friend's Kindle and was intrigued and on my next birthday, having dropped many hints, my dear husband bought one complete with a pretty pink cover. That began my flirtation with e-books and I enjoy juggling both loves! I particularly enjoy my Kindle for traveling, especially on my frequent long transatlantic flights back to England. Another bonus is that with middle-aged eyes being able to adjust the font size saves having to wear my hated bifocals!

STEPH: Who's your favorite author?

ANGELA: It's hard to pick one as it depends what I'm in the mood for reading. I love Joanna Trollope's women's fiction and no-one tells a good romance story like Nora Roberts. I'm also a fan of a good mystery and would have to place PD James and Elizabeth George at the top of that list.

ANGELA: I'd say 'Goodnight Moon' brings back the happiest memories of tucking three sweet little boys into bed - of course that was after another long grueling day in the battlefield of motherhood and I might just have loved the book because it meant I'd finally be able to sit down and read undisturbed! 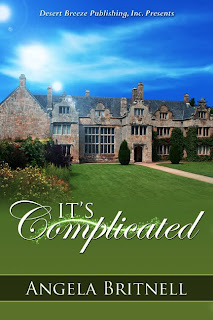 Enjoy this excerpt from "It's Complicated:"

Ash nearly changed his mind multiple times before he ever walked across the road. Stood on her doorstep, rocking on his heels, he almost turned and fled. Don't be a moron. It's one date. Nothing more and nothing less. He pressed the doorbell twice and stepped back, not wanting to seem all set to pounce.

The door opened and Emily stared at him in obvious shock. Her gaze skidded down over him and it was all he could do not to laugh. Ash was pretty certain her surprise came from seeing his camel hair coat, the neck draped with an exotic scarlet scarf almost covering a soft blue shirt. Emily plastered on a smile.

"Goodness, breaking out tonight aren't we? Are you sure the black clothes police won't come after you?"

He shrugged. "I've never liked to be predictable."

"I can believe that."

Ash checked out every curve of her body and nodded in appreciation. "You're one to talk. Nice dress."

Emily reached for the black wool coat she'd put ready on the arm of the sofa. The irony of its color wasn't lost on him, but he held his tongue. He reached the coat first and picked it up, holding it open. She stepped closer and slipped her arms inside. Ash pressed his fingers against the bare skin of her neck and smoothed the fabric into place. She shivered against his hand and a rush of heat flushed her skin. Ash stepped around her and very slowly buttoned her into the coat.

"Okay, let's go." Emily pulled away and picked up her handbag.

He waited outside the door while she locked up then slipped his arm through hers. They walked down the road together in silence for a few minutes.

"By the way, you'll be stared at and we'll be talked about. Everyone's known me forever and they've all heard about you." She half-joked as the pub came in sight.
Ash heard the unspoken warning. Behave or I'll have lots of protectors. He didn't blame her. If she knew him better she'd be even more cautious.