I've got a guest interview set for Monday so this week's good looking man Monday has been moved to Sunday. 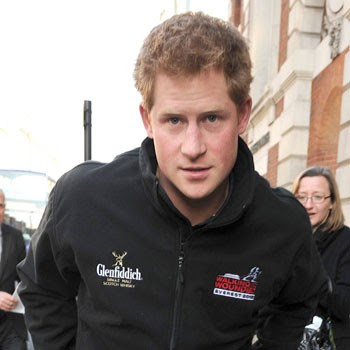 My choice for good looking man Sunday may be a bit controversal, but here he is: Prince Harry. I know he's been in the news lately because of a wild weekend in Las Vegas, but I remember when I was in my 20's I did a couple of things I should have thought harder about. I don't mean to make excuses at all. He needs to held accountable and take responsibilty for his actions. Certaintly Harry and his handlers should have handled Vegas by making better decisions, but I'd like to see the good things in people and to remind some that Prince Harry does a lot of good.

He's an officer in the British Army and served 77 days in Afghanstan.

He's done a lot of charity work including helping orphans with HIV/AIDS.

Prince Harry has twice had his charitable efforts recognised by the international community. In December 2010 the German charity Ein Herz für Kinder ("Heart for Children") awarded him the Golden Heart Award in recognition of his "charitable and humanitarian efforts".

In May 2012 he was awarded the Atlantic Council's award for distinguished humanitarian leadership due to his charitable work with wounded soldiers. He was presented this award by General Colin Powell, the former US Secretary of State.
Source:http://en.wikipedia.org/wiki/Prince_Harry_of_Wales#Humanitarian_awards

I'd love to hear your thoughts.
Posted by Stephanie Burkhart at 6:00 AM