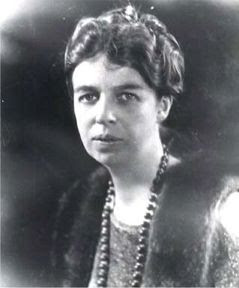 One of my favorite presidents is Franklin D. Roosevelt. Why? Because of the strong leadership he provided the nation during World War II. (This despite the fact he spent his presidency in a wheelchair.) But it wasn't Franklin's spirit and strong will that saw the nation through World War II. He and his wife, Eleanor, were truly a "team," a force to be reckoned with in American Politics.

I've always admired Eleanor. Why? Because she faced many of the same challenges Franklin did – and more. One of my favorite "Eleanorisms" is:

"A woman is like a tea bag. You can't tell how strong she is until you put her in hot water."

I shared that quote with a class I was in training with recently and they loved it. Eleanor Roosevelt resonates through the ages. Every week I share quotes of hers with my Twitter followers, hoping to inspire and find common ground with others.

What is it about Eleanor that resonates? I think for me, that despite growing up wealthy, she was always approachable to the every day person. Heck, when George VI and his wife visited the USA in the 1930s, they hosted a picnic for the royal couple and served hot dogs. Very down to Earth with honest appeal and charm if you ask me.

Just a little about Eleanor and what shaped her life:

Eleanor's first name was Anna, but she preferred "Ellie."

Eleanor went to a private finishing school in London, England when she was 15 and learned to speak French.

Franklin's mom did everything she could to discourage the match, but Franklin stuck to his guns. He wanted to marry Eleanor. They got hitched on 17 March 1905.

In 1921, Franklin was hit by a paralytic illness while vacationing in Maine which resulted in permanent paralysis of his legs. At the time, the doctor diagnosed polio, but it's now believed he might have had Guillain-Barre syndrome.

After Eleanor discovered FDR's affair, their marriage almost fell apart, but they decided to stick it out. Why? FDR respected her intelligence and honest and sincere desire to improve the world.

I'll have more on Eleanor and her time as the first lady next week. Here are some of my favorite quotes:

A little simplification would be the first step toward rational living, I think.

Friendship with ones self is all important, because without it one cannot be friends with anyone else in the world.

I have spent many years of my life in opposition, and I rather like the role.

Feedback:
I'd love to hear your thoughts on Eleanor. Does she inspire you? Could she? Is she the first modern woman of the 20th Century?

Author Bio: Stephanie Burkhart is a 911 dispatcher for LAPD. She lives in Castaic, CA and likes to write contemporary, steampunk, paranormal and fantasy romance. She also writes for children with 4RV Publishing. 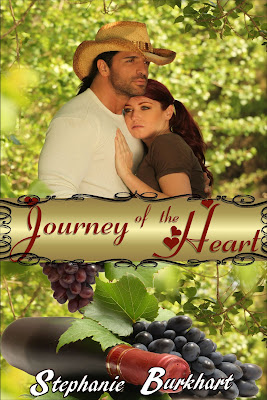