Welcome to the Football Blog Tour!! 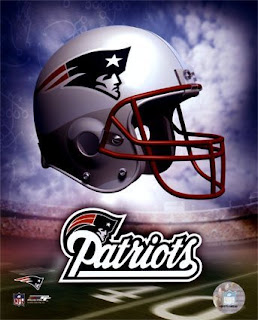 It's football season and there are bunch of us writers who enjoy sitting down and watching a good game. Over the course of the next 6-8 weeks, I've invited several writers to pop in and gush about their favorite football team. I'm kicking off the season so to speak with my favorite team - The New England Patriots! Enjoy! Steph

I may live in Southern California now, but my favorite football team is the New England Patriots. I caught football fever in 1986 when the Patriots went to Superbowl XX and faced off against the Chicago Bears. I still have my "Berry the Bears" t-shirt! It doesn't matter how far away from home I am, New England will always be in my heart. Enjoy the "Q&A" and Patriots "fast" facts. There's a contest/giveaway at the end.

STEPH: Tom Brady, of course! He's got the heart of a winner and it shows. 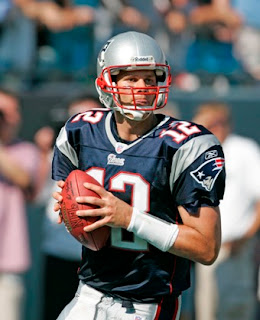 STEPH: Teddy Bruschi. He was great on defense and no one could deny he had the heart of a patriot. His steadfastness and loyality helped the team win 3 superbowls.

Q: Have you ever been to a football game?

STEPH: Watching the Patriot/Raider game in 2001 which was played in the snow at Foxborough. Both teams were playing with a lot of heart. I'll never forget watching Adam Vinteri make that field goal in the torrent of snow that just came heaping down on the field. The Patriots won the game and went on to win the superbowl.

The Patriots joined the NFL in 1970 when the AFL merged with the NFL.

Foxborough is 22 miles south of Boston.

Pats owner James Orthwein (1992-1994) oversaw the change of the logo to the silver/blue Patriot "hat" logo.

Answer the following questions right and you'll be entered to win a PDF ARC copy of one of the following:
Victorian Scoundrel
Spring/Easter Anthology featuring my story "A Polish Heart"
The Wolf's Torment

1. What year did the Patriots hire Bill Belichick?
2. Who is the current owner of the Patriots?
3. In 1971, the "Boston" Patriots wanted to change their name to this, but the NFL rejected the name. What name did they reject? 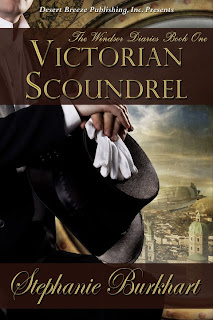 It's 2011 and compressed natural gas has taken over form the coal producing steam machines of the Victorian Age. Alice Windsor, Princess of York, follows her mischief-making cousin, Prince Edmund of Wales back to the past and 1851 where Prince Albert is hosting Britain's Great Exhibition.

Alice soon discovers Edmund has struck up a friendship with their great-grandfather, Prince Albert, and his mischief making entails leaving a dinosaur-sized footprint in history. She also meets Grayson Kentfield, Earl Swinton, and the Prime Minister, Sir John Russell. The Prime Minster finds her odd, to say the least.

It's only when Alice falls for the handsome Earl Swinton does she realize the dangers of time travel. How can she give her heart to a man from the past while striving to stop Edmund from changing time with his forward thinking ideas?

BOOK TEASER ON YOU TUBE: http://www.youtube.com/watch?v=7IUYj2d7ZeY

REVIEWS: 5 Stars, Readers Favorites, Molly E: I have never read a Steam Punk novel before, but because of her fantastic writing, her engaging plot line, and fun loving characters, it will NOT be the last. I highly recommend this with highest of 5 stars, and I can't wait until the second Windsor Diaries installment releases!

5 Stars, Tami Dee, Author of the Mists of Time Series: Stephanie Burkhart has a fresh, quick, quirky, inventive imagination and she gives the readers of Victorian Scoundrel a delightful mixture of all of the above!