Welcome Nicole Zoltack and the Eagles to the Football Blog Tour 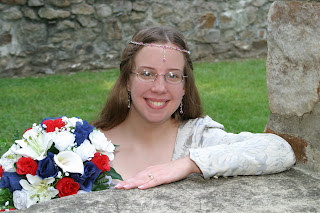 I absolutely love football. It’s by far my favorite sport. I started to watch football freshman year of college, in 2002. My team is the Philadelphia Eagles. That year, they went 12-4 despite injuries to their first and second string quaterbacks and made the playoffs, but their season ended in a loss in the NFC championship game.

After such an amazing season, how could I not be hooked? I’ve watched just about every Eagles game since that season and have been to a few games live. The Eagles train at Lehigh University during the offseason, which is about a five minute drive from my house. Can you say awesome?

There’s been a lot of hype about the Eagles this year. They signed a ton of big name free agents, including the shut down corner Nnamdi Asomugha. Despite all of their big signings, the Eagles still have a few weak spots, especially at the linebacker position. With this offseason being such a short one, it’ll be interesting to see how quickly the new Eagle players can become acclimated to the system in Philly.

One final point I want to talk about today, is my husband. He also loves football (although hockey is actually his favorite). Unfortunately, his team is not only not the Eagles, he likes the Dallas Cowboys, one of the Eagles’ main rivals. Throughout the years, we’ve constantly teased each other and trash talked the other team. We’ve even placed bets (and have both lost – on different occasions, we each had to wear jerseys of the other team, although I was smart enough to include having Todd’s picture taken while he was in Eagles green!). The ribbing is all in good fun. I just can’t wait for the offseason in which I’ll be able to boast that the Eagles are Super Bowl Champions. Who knows? Maybe this year could finally be their year?


"Woman of Honor" is Nicole's first book in the Kingdom of Arnhem Series.

BLURB: Aislinn of Bairdhe dreams of becoming a lady knight to honor the death of her fallen brother. To her mother's horror, King Patrick grants Aislinn's wish and she begins her long years of training.

Despite the mockery of the other pages, and the disdain of Prince Caelan who also trains to be a knight, Aislinn commits herself to her dreams and embarks on a journey of self-discovery and bravery. Through the years, Aislinn and Caelan grow from sparing classmates to good friends. They both know that someday Caelan will marry for the sake of the kingdom, but even that cannot keep them from falling in love.

The threat of war with the Speicans is a constant threat, and one that grows more frightening as she and Caelan train toward their eventual knighthood. Aislinn has committed herself to serving Arnhem, and has promised herself as King's Champion when Caelan claims the throne. She is willing to give up everything... her childhood, her life, even her heart for Arnhem. No matter the pain it brings.

5 Stars, Aubrie Dionne, Amazon Reader
I thoroughly recommend this book for everyone that enjoys fantasy, romance and adventure! I

4 Stars, Reader's Favorites Reviews
This book held my interest from beginning to end.

Publishers Buy Link:http://stores.desertbreezepublishing.com/-strse-58/%3Ci%3EKingdom-of-Arnhem-Book/Detail.bok
Posted by Stephanie Burkhart at 6:00 AM