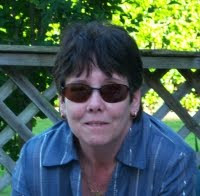 STEPH: Anne, welcome to the blog. Who's your favorite football team? How long have you been a fan?

ANNE: The Indianapolis Colts has been my favorite NFL team since Peyton Manning started playing for them.

ANNE: Peyton Manning of course. I followed Manning's career when he was with Tennessee and knew he was going to be one of the greats. I even have an autographed rookie card that my little brother has been trying to get from me for years.

STEPH: Who's your favorite all time football player?

ANNE: That would be a tie between John Elway and Marcus Allen

STEPH: Who's the Colt's "evil" nemesis?

ANNE: I'm drawing a blank here. If we were talking college ball it would be Nebraska. I'm an OU (I'm a former Okie) and Kansas State fan.

ANNE: I've been to a few at Arrowhead Stadium, and the atmosphere is electric. My fondest memory is a game between the KC Chiefs and SF Forty-niners. I got to watch from the end zone as the legendary Jerry Rice made two touchdowns!

ANNE: I have two. A John Elway and a Marcus Allen.

Anne's Bio:
Anne Patrick is the author of more than a dozen novels of Romance, Mayhem & Faith, including the award-winning and best-selling Fire and Ash, Lethal Dreams and Sabotage. Her heroines are usually strong willed, witty, and often very opinionated…combinations that usually land them in situations where death seems imminent. When she's not working on her next novel she enjoys spending time with family and friends. Born and raised in Oklahoma, she now makes her home in Kansas.

Here is the blurb from my latest release Journey to Redemption. 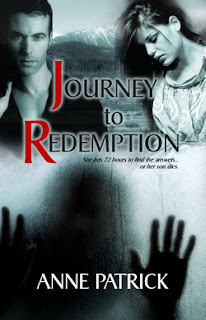 Detective Morgan Reynolds thought her nightmare was over when serial killer Gerald ‘The Slasher’ Tate was sent to prison for her husband’s murder. But she was wrong. The Slasher has escaped and he’s making it even more personal this time. Tate has kidnapped her son and is giving her 72 hours to find the answers he wants or Jared dies.
Buy links:

4.5 Books from LASR - Journey to Redemption is police drama that builds suspense while carrying a blossoming romance, all at a fast clip. The police work is believable and interesting. Morgan’s terror at her son’s disappearance and her efforts to rescue him are riveting. I found her steps to keep her relatives ignorant of the drama almost touching. She is definitely a lone desperado.... Journey to Redemption builds great suspense and has a creative twist to tie the loose-ends together. Ms. Patrick has developed a wonderful back story for this novel and it carries the plot along nicely. Her characters have the potential to carry another novel; her confident writing in this genre will make you want to pick up another one of her books. I plan to.

Book Wrenches rated it 4 ½ out of 5 – I was riveted by this physiological thriller from the moment I opened the book. I am hard-pressed to come up with a specific genre to put it in since it combines so many: from the mystery of a whodunit to the growing feelings between Morgan and Chase; there are so many other elements in between. The entire book kept me on the edge of my seat wondering what might happen. The story was fresh and memorable. Ms. Patrick is truly a talented storyteller. I recommend this book to anyone that enjoys a good crime mystery.