A look at Romance through the years 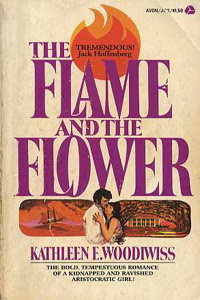 If you look to the oral tradition about the power of love and it's ability to conquer all, then romance has been around for a long time.

What do classic fairytales like Cinderella, Beauty and the Beast, and Snow White and the 7 Dwarfs have in common? HEA. Happily Ever After – a must in any romance novel.

The romance novel, as we know it, however, didn't appear until the 19th century. Jane Austen and the Brontë sisters wrote a class of novels known as "domestic fiction," which typically featured an impoverished, yet gutsy heroine. On the gothic side of the house, Ann Radcliffe was writing romance with castles, mad relatives locked in the attic, and ghosts. This came to be known as "gothic romance."

Jane Austen's novel, "Pride and Prejudice" has had several adaptations created for the movie and the TV screen, which speaks to her ability to create compelling romantic characters that have resonated throughout time.

In the 1950's, Mary Bonnycastle and her husband, Richard, started a fledging publishing company – Harlequin. What made Harlequin a ground breaker in romantic fiction was their distribution. They made their books available where women shopped – including supermarkets and the drug store.

However, romance wouldn't be where it is without Barbara Cartland. She had a larger than life personality with her pink clothes, large hats, and her treasured Pekingese. Her stories tended to be short and also non-sexually explicit. A titled nobleman meets a young, inexperienced woman and they fall in love surrounded by historical intrigue. In 1991, she was named a Dame of the British Empire for her body of work. She died in 2000 at the age of 98.

In the late 1970's romance up'd it a notch with more sexually explicit scenes. Many writers soon discovered "sex sells." Kathleen Woodiwiss' "The Flame and The Flower" comes to mind.

Covers evolved, too. Handsome men and beautiful ladies found themselves replaced by Fabio in the mid-80's. Currently, the pendulum has swung back in favor of covers that are now focused on the story inside.

Today's romances cover a variety of topics speaking to the sophistication that modern readers now possess. Today you have "beta" males and "alpha" females tackling modern problems, yet the emotions are the same now as they were in Jane Austen's time. You can still find greed, betrayal, happiness love, and loss – just in a different setting which is reflective of the time period and values the romance was written in.

So fess up – who is your favorite romance writer and why?
Posted by Stephanie Burkhart at 6:00 AM