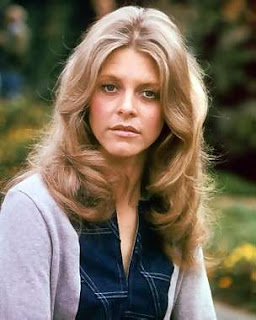 The other day while I was at the gym on the treadmill, I had a chance to watch the pilot episode of the 2007 launch of the Bionic Woman. I wanted to see it for a while because I remember watching the original as a little girl and loving it. I have to admit, I liked the 2007 episode. I downloaded an episode of the original Bionic Woman with Lindsay Wagner, "Welcome Home, Lindsay, part one," to refresh my memory and several things struck me, so much so, I was inspired to write down some of my thoughts after doing a little bit of research about the series.

When I was a girl in the 1970's growing up, I remembered that I loved the show because I loved the science of the bionics and I thought Jaime Sommers was really cool. Now, 35 years later, I know why she was really cool. Lindsay Wagner's "Bionic Woman," was a totally character-driven series. The 2007 series with Michelle Ryan in the title role was a plot-driven series.

The original Bionic Woman ran from 1976-78, spending the first 2 years on ABC and then the last year on NBC. In fact, Lindsay Wagner won an Emmy for the role. Aside from capturing the look and feel of the 1970's, the show was very character-driven. "Welcome Home, Jamie, Part one," reflected a lot Jaime's feelings and was centered around her establishing a new life for herself. We see her getting a job, cleaning house, and searching for memories. Quite honestly, it's got the making of good storytelling by weaving in action naturally, not gratuitously.

I got a kick out of where Jaime decided to live – Ojai, CA. It's right in my backyard, down CA route 126. It's still a very rural area. It's also in Hollywood's backyard.

The 2007 series was produced by David Eick, who, at the time, was doing the remake to Battlestar Galactica, which I enjoyed a lot. Now, 30 years later, the Galactica series had a whole new look and feel to it, as did the new Bionic Woman.

I found Michelle Ryan to be "likeable" enough as Jaime Sommers and I liked the more modern up to date plot as well as the feel of the show, and I'm a sucker for good science fiction. I thought the bionics had caught up to the times, however the 2007 show was definitely plot driven and not character driven. Jaime did little reflection on her feelings and was constantly in motion. If anything, that's where the show failed.

Michelle Ryan as "The Bionic Woman" 2007 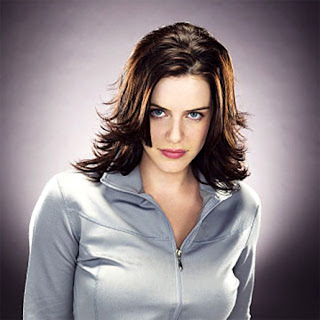 After 7 episodes, the writer's strike hit and the show fell victim to that. It was not produced after that, but those 7 episodes were plot driven. If you can't hook your audience on the characters, all the action in the world won't save it.

A plot driven story moves at a faster pace and the action is more gratuitous and in your face, but if all you have to care about is the plot, and not the characters, then you aren't going to make much of an impression.

A character driven story moves at a slower pace and the action develops naturally. The audience gets a sense of character – how good (or bad) they are. They see layers – what makes them tick. The highlight of the story is to place the character in a situation outside of their comfort zone to see how they react.

In today's instant gratification world, plot driven series rule, but it's character driven stories that resonates. It's why Lindsay Wagner will always be the only Bionic Woman in the hearts of many.
Posted by Stephanie Burkhart at 6:00 AM