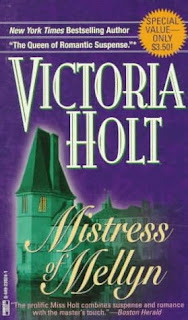 Victoria Holt was born Eleanor Alice Burford on 1 September 1906 near London. Eleanor left her readers and fans an amazing legacy of written material. She's best know for her pens names "Victoria Holt" and "Jean Plaidy." Today, I though I'd take a look at the reminder of her writing career, and how her writing has resonated with authors today.

Before Eleanor picked up her pen, she went to business college and studied shorthand, typewriting, and languages. She even worked in a jewelry store. In her early twenties, she married George Percival Hibbert and discovered that married life gave her the freedom to writer.

Eleanor's literary heroes included the Bröntes, Charles Dickens, and Victor Hugo. Her earliest work stems from the 1930. She wrote nine novels which focused on a serious psychological study of contemporary life. The novels were not published and she was told to write something that was "saleable" – romantic fiction.

Eleanor's first novel was published in 1941 under her maiden name. She generally wrote contemporaries under this name. Her many pen names include: Elbur Ford, Katthleen Kallow, Ellalice Tate, and Phillipa Carr. Her least known pen name is Anna Percival which used for just one novel. 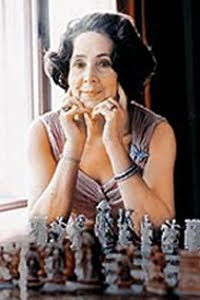 She took pleasure in collecting dusty old books, reading them, and then interpreting the narratives. Despite her wealth, writing consumed Eleanor. She had a modern flat overlooking Hyde Park where she did the majority of her writing. She had a place she rented in Sandwich and furnished gothic style, but this was too distracting to her writing so she went back to her apartment in London.

Gothic literature, including romantic gothic that she wrote under her pen name, "Victoria Holt," has events that on the surface appear supernatural origins, but upon investigation they have very natural causes. Eleanor once experienced a premonition that deeply affected her. At 1:20 am on 17 DEC 1983, she dreamed of a violent explosion nearby. Exactly 12 hours later, it occurred next to Harrods and was set off by the IRA.

Eleanor wrote 183 books in all. Her stories have influenced a new generations of authors. I'd like to thank the following authors for sharing their thoughts on how Victoria Holt made an impact with them. Victoria Holt was one of the first “grown-up” authors I discovered. After my parents separated, my mom moved us 40 miles away to a coastal island. That first summer was incredibly lonely, but it was just a short walk to the library. There were two librarians and they say that I’d read all the young adult books (though it wasn’t called that then). Since I had read many of the Nancy Drew and Hardy Boys books multiple times, one librarian went over and pulled a Victoria Holt from the adult section as a suggestion. I walked back on the beach to our rented cottage and spent the rest of the day reading that book. The next day I was back for more.

VH wrote beautiful scenery, and I ended up armchair traveling to places like Greece and Italy. Her genre, I believe, was called suspense. There was usually two men, one good, one out for his own personal gain, and one bewildered but intrepid heroine. I so identified with her lead characters. Here I am years later and those are still the types of story I love best, ones with an element of mystery and danger, along with a smidge of romance.

I went on to read other writers like VH, but she really stood out like a sentinel beacon in my early teen years, guiding me past the emotional turbulence of my life into her safe harbor where a happy ending was guaranteed.

From Maggi Andersen
Author of The Reluctant Marquess
Website: http://www.maggiandersenauthor.com 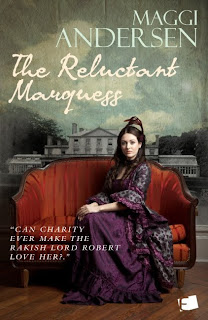 I discovered Victoria Holt through my mother who loved her books. I came to love them too and read them voraciously along with Mary Stewart, Daphne Du Maurier and Georgette Heyer. As well as wonderful characters, these authors were superb at world creation. Du Maurier and Holt both had a great love of Cornwall. That part of the English coast with all its history fascinated me and I had to visit it although it was years before I did. The inspiration for my Victorian romance, Night Garden -- set in an ancient abbey in Cornwall with touches of the Gothic, came from those author's books: Holt's Mistress of Mellyn, Bride of Pendorric, Menfreya and Du Maurier's Rebecca. Night Garden was also influenced by a mysterious night scene painted by my mother, who was an award-winning artist. A woman in a red dress stands at the lighted doorway of a cottage looking out at the moonlit garden. I have to mention Rosamunde Pilcher another English writer who set her books in Cornwall, like the famous Nancherrow. As I'm sure you are aware, Holt published under other pseudonyms in other genres, but her writings as Victoria Holt were my favorite. A quote from Holt: Never regret. It it's good it's wonderful. If it's bad it's experience.

I was a teenager when I plucked my first Victoria Holt novel from the library shelf. Even then—then being 1966—I was a voracious reader. After the first couple pages of Mistress of Mellyn, I was drawn in for the emotional ride of Holt’s novel. Classic themes: young headstrong nanny, ignored willful child, handsome aloof father and Lord of the manor, a dead wife—and a secret. All these threads were woven intricately into a lovely English tapestry. So much so, that I became interested in all things English. Over the next ten years I read every Victoria Holt novel I could get my hands on. She taught me romance. She taught me the thrill of gleaning emotions from the printed page. Thank you, Victoria.

OH my goodness – I found Victoria and some of her incarnations when I was in junior high, and still pick up a book of hers now and again. It was taking a vacation to exotic lands, Cornwall and England and Australia. Bride of Pendorric and the Shivering Sands were particular favorites. She introduced me to delicious and passionate romance with such delicacy, always with a bit of mystery and danger. I loved her stories. Of course her own life was so mysterious too, like Agatha Christie. I think those early books influenced the way I like to write, always a little twist, a little of the exotic and, of course, romance.

I discovered Victoria Holt after I graduated from Nancy Drew. I knew nothing about genre and thought she was pure mystery. I loved her books and read each one I could find, and continued reading those and books by her other pen names. She had a great style. 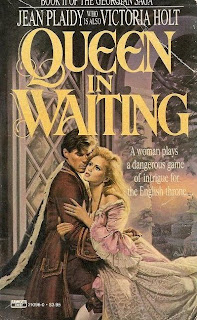 I fell in love with Victoria Holt and Mary Stewart (the author, not the queen) in the 1960's. I never read any Jean Plaidy books, but I love Victoria Holt's gothic romances. I think that's why I write paranormal romance (ghost stories, not vampires, werewolves etc.) In all but one Victoria Holt/Mary Stewart novel, none of the ghosts were real. When I began writing, I decided, if I'm going to write paranormal (formally known as gothic) romance, my ghosts would be real.
Posted by Stephanie Burkhart at 1:10 PM