Interview with Carie Lawson - author of "Beyond Africa" 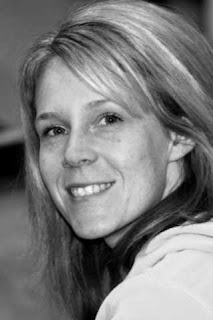 Carie Lawson has a new release out with Desert Breeze, "Beyond Africa," a contemporary inspirational romance and I'm honored to have her pop into "Romance Under the Romance" today. Now, onto the interview.

STEPH - Where did you find the inspiration for Beyond Africa?

CARIE: The inspiration for Beyond Africa came from being a Geography teacher for a couple of years. Africa is such an interesting, inspiring place to begin with. The Democratic Republic of Congo has a sad history that I honestly didn't know much about before we started studying about it. I spent quite a bit of time researching the country before I wrote the book. I think missionaries willing to go to places like the DRC are far braver than anyone gives them credit for.


STEPH - Is Beyond Africa your first book?

CARIE: Yes. But after I finished it I wrote Beyond Summer and Beyond Ever After. Then Desert Breeze contracted the series and I went back and rewrote Beyond Africa. I think I ended up cutting about three quarters of the book and rewriting it using the current "rules" of writing--showing instead of telling and third person deep POV. It is without a doubt a much better book now than it was the first time. 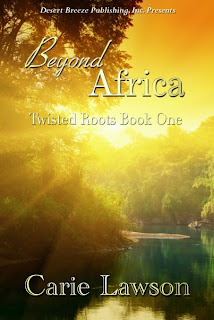 STEPH - I haven't had a chance to read the book. Can you tell us a little about the plot?

CARIE: Sure. Lilly returns to the mission her parent worked at when she was a child. She's looking for security in one of the least secure places in the world. Case is the pilot who takes her to the mission...and can't stand the thought of leaving a young, vulnerable woman in a dangerous part of the Democratic Republic of Congo. He keeps finding reasons to go back to the mission and check on Lilly, until he finds a way to convince her to leave.

STEPH - Cast the characters. Who do you see as Case? Lilly?

CARIE: Case looks like Matt Damon. No question there. Hmm, Lilly might be Laura Vandervoort. It's hard to cast her as a movie star because I see her as very vulnerable, a trait not super popular in Hollywood right now.

STEPH - What romance genres do you like to read?


STEPH - Who are your favorite authors?


STEPH: - What was the last movie you saw?

CARIE: Other than a kid's movie. I think Four Christmases. My husband and I watched it while wrapping presents.

Here's a link to Desert Breeze and Amazon where you can buy Carie's book. Thanks so much for popping in today, Carie!