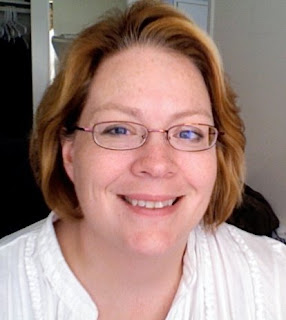 I'm tickled pink to feature an interview with author and editor, Gail Delaney. Gail is the Editor-in-Chief at Desert Breeze Publishing. And now, here's Gail

When I was little, whenever I said something to the effect of "I'll never--", my mother would say "Never say never, kitten."

When her first husband died, she said she'd never get married again. Two years later, she met my father - 18 years her junior and her son's best friend, mind you, but that's a story for another day -- and married him after knowing him 19 days. (I'm telling you... great story!). She said she'd never live in Maine. When I was 2 ½, they moved to Maine. Two 'never evers' that came true, in the happiest of ways for her.

As a writer, I had a mental list of things I would 'never' write, either ever or again. I'd never actually categorized them until one day -- oh, about a year and a half ago -- I realized I was writing a book that completely defied my 'never' list. And I could almost hear my mom... "Never say never, kitten".

I think the beginning of the end happened when I left said 'freezing cold desk in freezing cold New Hampshire' and moved to... yeah... Hollywood. Okay, so not Hollywood, but Southern California just north of Los Angeles... not far from Hollywood. And heck, I think as much movie making happens right here in Santa Clarita as in Hollywood itself. I realized that Hollywood -- geographically -- might be a nice place to set a story.

Then I had a dream. Now I won't go into the details of the dream (blushing cheeks), but the next day I wrote the dream down to share with Jenifer - my BFF and business partner. As it often goes with dreams -- as many writers will attest -- I kept rolling around concepts and ideas in my head, and I kept writing down notes. Next thing I knew, I'd written down Chapter One, and then Chapter Two... and next thing you know... I'm writing the book I said I'd never write. In every way possible.

Point One - No Contemporary Romances

Yep, this book is a contemporary romance. No evil bad guy, unless you count the dastardly, bastardly ex-husband who rears his horned head. No car chases, no murderers to catch. Just a romantic story of love. Oh, and one fist fight. Never gonna do that again... yeah, right.

I think I've pretty much covered that, but if you need confirmation... yeah, the book is set in Hollywood and near by Santa Clarita - which, ironically enough, is where I now live. * wry grin *

David Bishop is the hero of this romantic tale, and were he a real man, he'd be the romantic hero in many a woman's dreams. In my little world, he is the hottest, sexiest, most sought after bachelor and celebrity in Hollywood. Okay, maybe not THE most... but he's right up there. And if you must ask... I know you're wondering... yes, he's 'modeled' after an actor whom I find sinfully delicious.

Maybe I'll tell you who... if you ask nicely. 

Point Four - Never write a novelist as a heroine.

Andrea Parker is not only a novelist, but she's a bestselling novelist. Her science fiction romances are so loved by the general population that they've been opted for film. And you guessed it... David Bishop will play her leading man.

Point Five - Never let them kiss in chapter one!

Yeah, well... I find there are ways around this little 'never'.

For about half the writing of this book, I referred to it as 'The book I'm not writing'. Finally, I gave in and admitted that yes... I'm writing this book... yes, it's got all the things I said I'd never do... and yes, I absolutely love it. I honestly believe that Something Better is easily the most 'romantic' of romances I've written. Fluttering hearts and deep sighs will abound as you read... and yet, it won't be easy for these two. It wouldn't be an interesting novel if things were easy.

I hope you might be intrigued enough to check it out and read Something Better.

Here's a link to the book trailer:
http://www.youtube.com/watch?v=9uHKKi7hmzE

***
Thanks for popping in, Gail! I'm definately intrigued to read it!
Posted by Stephanie Burkhart at 7:13 AM