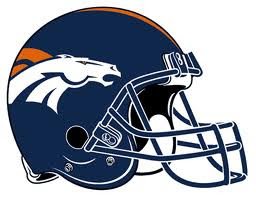 STEPH: Who is your favorite team?

KITTY: Denver Broncos because they're local and I liked their coach, Mike Shanahan (he's not there any more).

KITTY: Air Force Academy, since I was active duty Air Force for 25 years.

STEPH: Who is your favorite Broncos player?

KITTY: I'm not sure who my favorite player is now. With two new coaches in the past three years, the Broncos' roster has undergone constant changes. The season is just starting.

KITTY: My all time favorite player is Shanon Sharpe. Not only was he s a great player, his comments after every game always gave me a grin. Maybe that's why he ended up as part of the team on THE NFL Today on CBS.

STEPH: Have you been to a game?

KITTY: Over the years I've been to several games, but since we have our new stadium, I must prefer to stay at home and watch on TV.

KITTY: I have a Broncos sweat shirt, but no jersey.

STEPH: Who is the Broncos "evil" nemesis?

KITTY: The Oakland Raiders are our arch rivals. For the Air Force Academy, it's Navy. We're always competing for the Commander & Chief's trophy.

STEPH: Thanks for popping in today, Kitty!
Smiles
Steph
Posted by Stephanie Burkhart at 6:00 AM