Welcome Isis Rushdan and the Eagles to the Football Blog Tour! 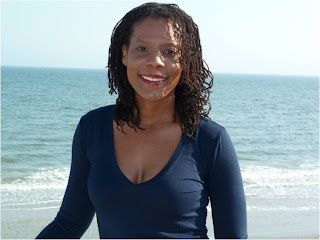 ISIS: Thank you, Steph for having me on. This is such a great idea and I’m pleased to participate.

STEPH: Who is your favorite team? Why?

ISIS: The Philadelphia Eagles. I’ll be honest, I didn’t grow up watching football and until I met my husband I didn’t have a love for the game. However, his passion and enthusiasm about the sport and his team was contagious. After watching a few games with him Sundays while dating, I actually started to pay attention to what made the team so amazing in my opinion. For starters, they are the perennial underdogs with heart. They are the only team in their division that hasn’t won multiple Super Bowls, but they are the only team, other than the Patriots, that have displayed consistency in playoff appearances in the last decade. At this point, the Eagles are in my blood and I find I’m affected by every decision the front office and coaches make.

STEPH: Who is your favorite player "playing" now?

ISIS: Brian Dawkins exudes the passion of the game with his constant ability to make a play when the defense needs it most. Although he spent the last two years playing for the Denver Broncos, he will always be known as the heart and soul of the Philly Eagles.

ISIS: Unfortunately, I’m somewhat limited in this area because I’ve only watched the sport for the last ten years. So, I’m going to have to say Brian Westbrook. He is a slightly undersized running back with the versatility to placed anywhere on the field and never failed to capture my heart. His ability to slip through cracks in the defense and charge to the end zone was one of the reasons why I loved watching the game. He proved to the naysayers that despite his size with enough determination and drive he could accomplish greatness.


STEPH: Have you ever been to a game?

ISIS: Yes, I’ve been to three games. Two in Philly (club seats which rocked) and one in Tampa.

ISIS: Amazing! The energy and the excitement seeps into every pore. Honestly, there’s never a dull moment. If we could afford it, we’d have season passes.

STEPH: Do you have a jersey? What number?

ISIS: Although the hate for the Giants and Redskins is high, it pales in comparison to the venom we have for the Dallas Cowboys. Before I really got into watching football, I had an innate dislike for the cocky team that always rubs me the wrong way. I guess I was always meant to be an Eagles fan. Thanks again for inviting me. It’s been fun!

Isis Rushdan is a native New Yorker, but has been globe-trotting since the age of 12. Wanderlust and her insatiable curiosity keep her on the move, where she seeks out great food and exceptional wine. Although she is a Major in the Air Force reserves, writing is her true calling. Her debut novel, a paranormal romance, KINDRED OF THE FALLEN, is currently on submission. To learn more about Isis, swing by her website http://isisrushdan.com/.
Posted by Stephanie Burkhart at 2:39 PM