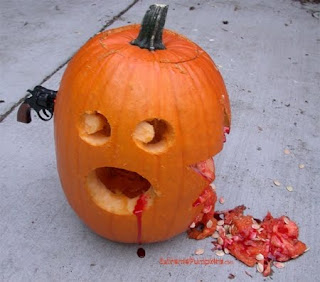 It's that time of year when leaves on the trees change into vibrant colors of gold red and purple. There's a chhill in the air, frost on the ground, and plenty of pumpkins for sale. Heck, who doesn't buy a decorative pumpkin for Halloween or enjoy a slice of pumpkin pie? I'd thought I'd share some pumpkin fast facts with you and share the story of "Stingy" Jack - Jack o' the lantern.

Have a fun Halloween!

PS... you can find me on The Romance Studio Spookaplooza this weekend at:http://theromancestudio.com/party/index.php Join me for some fun and great posts!

PSS... you can also find on the Long & Short Halloween Party on the Goddess Fish Blog.

** Where did the word pumpkin come from? The Greeks called it pepon, then the French began calling it pompon. The English switched it up and began using pumpion. When Americans got the word they began using pumpkin.

** Pumpkins are planted in early July to be ready in October. 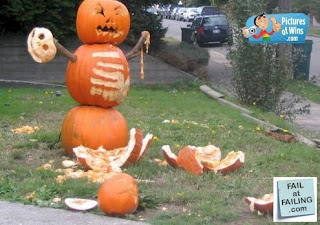 **In 1981, Howard Dill of Nova Scotia grew a pumpkin close to 500 pounds. He patiented the seeds from the pumpkin calling them "Dill's Atlantic Giant Seeds."

** To date, the biggest pumpkin weighted in last October at 1,810. The owner was Chris Stevens.

So why do we carve scary faces into pumpkins for Halloween? Can you believe this tradition originates in Ireland and they used turnips until they discovered Pumpkins?

Here's the skinny on Jack: 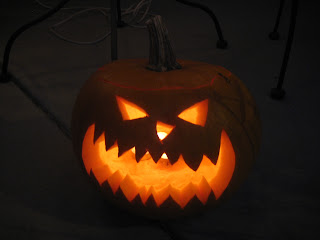 Stingy Jack asked the Devil to have a drink with him. Stingy, though, asked the Devil to change into a coin so he could pay for the bar tab. The Devil did so. Jack kept the coin - next to a cross of course so the devil couldn't change back.

The Devil was peeved. He promised Jack he'd leave him alone for a year if Jack allowed him to turn back. Oh, and if Jack died, the Devil wouldn't claim his soul either.

A year later, Jack tricked the Devil into climbing a tree for a piece of fruit. Then he carved a cross into the tree so they Devil couldn't come down until the Devil promisd not to bother him for 10 years. The Devil agreed.

He was such a "punk," God wouldn't let him into Heaven. Jack turned to the Devil. The Devil, "Hey, I promised not to claim your soul." Then he gave Jack a burning coal and set him off into the dark night. Jack put his burning coal into a carved out turnip. He's been roaming the world since. The Irish called him Jack o' the Lantern. Peeps started carvin out their own turnips and subsquently pumpkins, to keep Stingy Jack away from their house.
Posted by Stephanie Burkhart at 9:54 AM