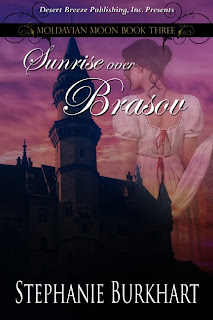 
A knock sounded at the door, rousing Michael from his sleep. Rosa lay on the bed, the covers up to her throat and sweat on her brow. He stood and scrubbed the back of his neck, trying to stop his worry from overwhelming him. A quick glance at the window revealed it was still dark outside. Crossing the room, he opened the door. "Darius."

"I cannot stay long. Daylight approaches. May I come in?"

Michael widened the door opening and Darius crossed his arms as he entered, his hands under his armpits, concern in his eyes.

"Caroline will come tomorrow. How is Rosa?"

"She took a little soup and bread, but her fever is still high."

"I'm sorry this has happened. My staff is at your disposal. Perhaps you can ask Rickard to
help in the morning." "I'll talk to him."

"Good. Hopefully, soon, we'll have answers." Darius placed a hand on Michael's shoulder and offered him a sympathetic smile.

Michael nodded and Darius said nothing else before departing. Michael sat on the edge of the bed and put his hand on Rosa's forehead. She was as hot as an oven. He needed to cool her down.

Determination fueled his movements. Making his way to the water closet, he dampened several towels with cold water. Then he returned to the bedroom, removed the covers, and placed the towels over her chemise, affording her dignity. She stilled. Michael lay on the bed next to her. His body ached with tiredness. He needed to sleep, but he had to stay close to Rosa in case there was a change.