On 7 JUL we had a chance to visit Ft. MacArthur in San Pedro (LA) near the coast as part of the boy's cub scout summer adventures and saw many wonderful exhibits. I can't say this was a 'reinactment' per se, as they had soldiers from the Celts all the way up to the Vietnam war. In 1888 the land was commissioned as a military reservation. It is named in honor of Lt. Gen. Arthur MacArthur, father of Douglas MacArthur, who later commanded American forces in the Pacific during World war II. The Fort opened in 1914 and large gun batteries were installed in 1917 for harbor defense. At present, Fort MacArthur serves as a residential community for personnel of the Air Force Space Division Based at El Segundo. Not open to the public. 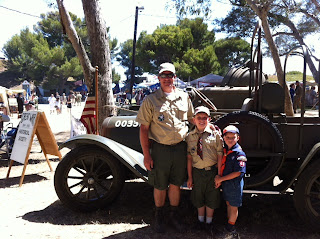 My boys in front of a World War I "truck." Andrew is a weblos II and Joe is a tiger cub. 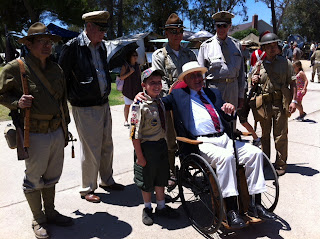 Andrew and my favorite president, FDR. 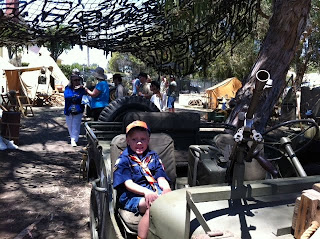 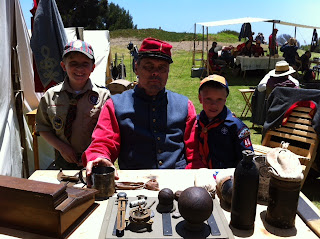 The boys with a Confederate Soldier. They were very displayed with his display and the cannonballs. 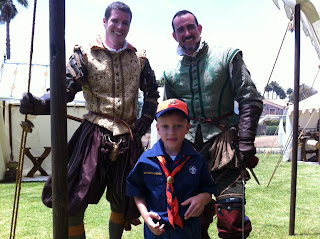 Joe and the Renaissance guys. They put on a sword/rapier display for us so Joe danced for them. 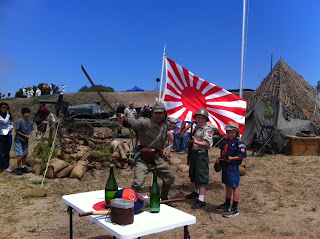 Andrew and Joe with a Japanese solider from World War II.

Question: Who was your favorite president? I'd love to hear about it!