Blurb & Excerpt from: The Faberge Secret 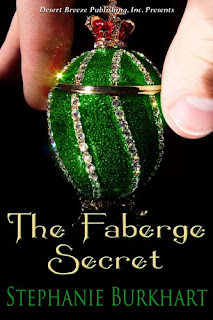 REVIEWS:
5 STARS, Celia Yeary, Author
You will thoroughly enjoy this fast-paced tale of danger, a mystery, and a satisfying conclusion. Elise and Dimitri make sparks fly!

5 Stars, Reader's Favorites
Fabulously written, the story combines elements of mystery, action, love, and tender family moments all at the right places, making a perfect fit. If you want a good story combining history, crime, and passion, "The Faberge Secret" is the book for you.

Fascinated by Dimitri's story, Elise sipped her warm milk. "Boris' van was in front of the auction house. He told me the auction didn't want his items. They didn't think they were valuable enough."

Dimitri snapped his fingers. "Ah, all right. That makes sense, but how could they miss the egg? They had to know it was valuable."

"How could I pass up something so precious? I love the beauty of it."

"I'm glad you appreciate the craftsmanship and beauty of the egg."

Dimitri continued to look at her thoughtfully. He rubbed his chin. "Alexi didn't tell me, but I wonder... could Boris have been his contact?" 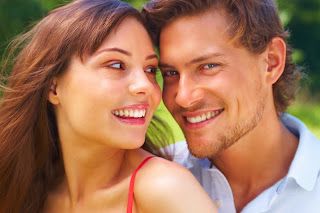 "Boris?" Elise sipped her milk. "I doubt it. If you want my opinion, he didn't strike me as the informer type."

"No... Boris mentioned a name. Anatoly, I believe, when I talked to him. I wonder if he was Alexi's informant."

Elise shrugged. The name wasn't familiar to her.

"Perhaps... yes. Perhaps Anatoly was Alexi's informant, and he stole the goods to give to Boris. Boris was supposed to use the auction house to sell them, but they didn't anticipate the auction house not wanting the items, so Boris sold them on the street," Dimitri mused.

"It's plausible, but how did Kelch's men know to track us down?" Elise asked.

Elise put down the mug and placed her hand on his waist. The contact sparked a fire in her limbs. "What's wrong?"

"Your receipt--" He lowered his hands. Guilt splayed across his face. "I saw it, and that's how I knew Boris had sold you my egg. I... I crumpled it up and threw it on the floor of the van. Kelch must have broken Anatoly, and then sent his men to find Boris. And if they found him--"

"Oh." Elise swallowed at the fear glittering in his eyes -- fear for her. "They found the receipt with my name."

"Yes. Damn it! I should have pocketed the receipt, but I was furious. All I wanted was my egg."

Apprehension coursed through her. That's why Lucy had been attacked. Kelch and his men hoped to find the egg because they knew Elise had bought it. Lucy had just happened to be in the hotel room because Elise was on a date -- with Dimitri.

He pushed her hand off his waist, clenched his fists, and marched into the living room, halting close to the window. Was he angry at her, or at himself? Well, a part of her was angry at him, too. She and Lucy were in danger -- real danger -- because of that egg, but a part of her just wanted to reach out to him, to comfort him, to tell him everything would be all right.

Elise shifted from foot to foot. Dimitri truly had protected her and Lucy tonight, but how much could she trust him? Was it all about his egg? That's all he'd thought about when he'd thrown the receipt on the floor. No. This man respected his family. He honored Christmas. He was spiritual. She couldn't let him beat himself up for a mistake.

She left the kitchen and walked up behind him.

He stiffened. "Elise, now is not the time. I want to be alone."

She ignored him and placed her hand on his back just under his shoulders. "I know you didn't intend to put Lucy and me in harm's way."

He spun around and pressed the hard length of his body against hers, curving his hand around the nape of her neck. His kiss was hard and demanding. Her core heated. Her bones melted. A man's kiss had never rocked her senses quite like this.