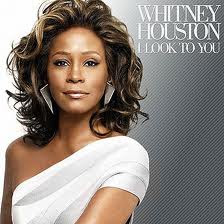 I have to admit, Whitney Houston's passing caught me by surprise. Why? I don't know really, but I've given it a lot of thought. Whitney's music, songs, and voice resonated deeply within me. I think it's this fondness that's left a small ache in my heart. I'd like to share a little about Whitney, her music, and my feelings. If Whitney's passing has resonated with you, please feel free to share your feelings.

Whitney Houston was me. And she wasn't. She was born in 1963 and raised in Newark, New Jersey. She understood what it was like to be raised in a middle class town and how the young struggle to find their place in the world. She found her place early when her voice distinguished her as a vocal talent.

In 1985, her 1st album, "Whitney Houston" was released. I remember watching her do a guest spot on "As The World Turns" (my favorite soap) and I liked her – her smile, and the honesty in her performance. I loved her album and one of my favorite songs was "How Will I know?" I was 17 in 1985 and that song echoed the sentiment I had toward love at the time – how will I know?

I loved the different styles she sang – pop, contemporary, jazz, and I loved them because her voice was so rich and mesmerizing. I'd never heard anyone sing with such emotion and passion like Whitney.

In 1987, I was stationed in Germany, and her 2nd album, "Whitney" came out. I enjoyed this album just as much. Whitney sang about things I could identify with – falling in love, doubt, uncertainty, regret, making the wrong decision despite yourself. Those two albums connected with me like no other albums at the time.

My favorite Whitney Houston song is "Greatest Love of All." Why? The young are the future. She sang of self-respect and dignity. Those powerful lyrics and her haunting voice sent me a message that stayed deep in my soul to this day. 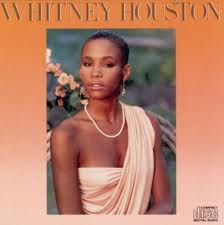 Of course I enjoyed her more up tempo songs, "So Emotional" and "How Will I Know." Her 1991 rendition of the Star Spangled Banner during the Super Bowl in the midst of the Gulf War honored me as a soldier in the military.

It saddened my heart to hear of Whitney's struggles with drugs and addiction. We all have demons and how we choose to deal with them define who we are as a person. To admit to demons is one of the hardest things to do. I hope people take a positive message from Whitney's struggles. Face your demons. Don't give up. Ask for help. Those who love you will provide it.

I'd like to leave you by sharing just a couple of Whitney's amazing accomplishments with you.

Whitney has 6 Grammy Awards.
She's the only artist to have 7 consecutive #1 hits.
Whitney's mom, Cissy Houston, is an accomplished Gospel singer.
Whitney is of African-American, Native American, and Dutch descent.
Whitney's version of "The Star Spangled Banner" is the only version of the National Anthem to be a pop hit.

Posted by Stephanie Burkhart at 12:37 PM