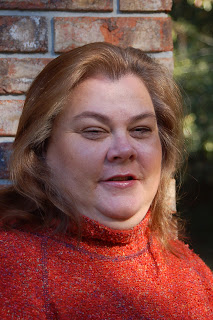 JILLIAN: It’s a romantic suspense with a hero who was a Green Beret and was injured in Afghanistan. While in rehab learning to walk again, he found he had a gift for painting and, since he was medically discharged from the Army, he begins a career as a painter of nudes. The story is his journey from his self imposed exile from dating because of his war injuries, to dealing with a stalker who has it in for him, and finally, to acceptance of who he is and his past.

JILLIAN: I have a couple of friends who are amputees and wanted to write a story with a hero with that disability as sort of a tribute to them. Everyone deserves love even if they don’t have a perfect body and I wanted to go against the romantic type and have a non-perfect hero.

STEPH: Congrats on doing NaNoWriMo! That can be one demanding month. Did you have to do a lot of research for the story?

JILLIAN: I had to do some. I’m blessed with a friend who has a husband in the military and he was quite generous as I picked his brain about Green Berets. Once I talked to him in depth and took a ton of notes, my research was easier as I knew what I needed to look for and verify. I dedicated the book to them for their invaluable help.

STEPH: Do you cast your characters? If so, who is Sebastian? Joanna?

JILLIAN: Sebastian is Idris Elba, a British actor who I adore. My Sebastian is American but the inspiration for him was a British bloke. I really didn’t have a particular person in mind for Joanna. She’s a tall, blonde, British daughter of an Earl. I mostly cast the hero, not the heroine. I don’t know why that is, but that’s the way I do it. I guess I need some guy to drool over and not so much for the woman.
Posted by Stephanie Burkhart at 6:00 AM