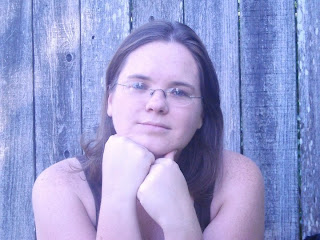 Living in the Future…Beyond the Techie Monologue
By A.R. Norris

One of my biggest gripes about SF is the techie monologue. You know the one. The characters are going about their adventure and BAM! the narrator cuts into a 3-paragraph lesson -- if we’re lucky -- on the detailed mechanism of the lift devise, weapon, or communication system from the character’s POV. Ugh already! Yes, we know they’re in the future. Yes we know they have cool gadgets. And, yes, they get around in awesome ways.

But how often in your everyday do you think about your surroundings? Do you pause in writing your grocery list to think about the mechanisms of that pen or the adhesive technology of the post-it you’re using your pen to write on? No. Do you think about the engineering and materials of the highways (other than cursing about the road conditions)? Probably not. Do you stop and figure out exactly how the magical computer machine is processing and transferring your important information (or like me, the joke of the day)? No.

Because we’re human beings and we take these things for granted. As a reader, I like to see the characters take their futuristic gizmo’s and lifestyle for granted too…that way I can be jealous without being irritated or put to sleep at the same time. I don’t care the intricacies of the hyper drive system…I just want to visualize the sound and back pressing speed it makes the character hear and feel when it goes vroom. I don’t want to know how the alien’s DNA differs on the minute scale…just describe the wings, slimy skin, and/or multiple eyeballs and how the character reacts or doesn’t react to this appearance.

I’m telling you, for me, it adds a depth of realism to the story. By describing the intricate science behind the world, the writer is wasting word count proving our need to dispend belief. All they really had to do is show how natural the characters acclimated and don't think about the technology to show the natural validity of belief in the world.

I guess my main point, if I were to put it in a one-liner, is: The more humans don’t think about the details behind the aspects, the more realistic and valid the aspects are in the story. (For me)

What are your thoughts on this? Are there limits to this for you…no matter how comfortable the characters might be?


Author Bio:
A published author of speculative and science fiction, I live in Napa Valley and am married to a wonderful husband. We have 4 children ranging from 3 to 15 and two canine babies. One very evil cat -- of which the dogs fear -- decided to accept our offer of residency and has tolerated us for about 7 years now.