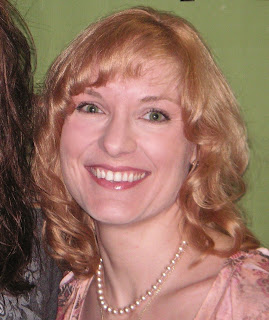 STEPH: Welcome to Romance Under the Moonlight. Happy Holidays! Tell us a little about yourself.

Hi Steph, and thanks for hosting me. My name is Shawna Williams. I'm the author of three inspirational historical novels. I'm also a wife and mom, reader, editor, book reviewer and jewelry designer. My family lives on a ranch with lots of critters. When I'm not writing, I enjoy spending time with my family at our home, hiking, or exploring some new facet of our beautiful state.

STEPH: Tell us a little about Orphaned Hearts.

Sure! Orphaned Hearts is my third book. It's a wonderful little story set in Northwestern Arkansas, during 1932.

The main character, David, is a preacher who grew up in an orphanage. His family was killed during a fire and David was severely burned. However, since his scars are hidden beneath his clothing no one knows about it.

David believes that his scars make him unlovable, so when he encounters an orphaned boy, who lost him arm in the accident that killed his family, David is set on finding him a home. In a way, he feels that if he can find a home for Caleb there is also hope for himself.

Sadie is a spinster. After her fiancé died she devoted herself to caring for her father. After his passing she finds her loneliness exasperated by having no outlet for her care-giving nature. So when David asks her to take Caleb in she readily agrees, completely overlooking his handicap.

David begins to see hope for himself and Caleb in Sadie, but their entire future is threatened when a small deception committed by David is revealed.

STEPH: How did you find the inspiration for the story?

This story was inspired by my granddad. The story isn't based on his life. He wasn't a preacher, nor was he burned, but he was an orphan, brought up in an orphanage during the 1920s -30s. My grandmother's father ran the orphanage's dairy and that's how my grandparents met. Many of the small details in this story are directly from memories told to me by my grandmother.

As for the plot: One day I started to wonder about a family made of not just orphans, but also misfits finding a home with each other. Things evolved from there. The original draft was a 10,000 word short story, but the characters intrigued me. I realized there was much more to them so I wrote it into a 42,000 word novel

STEPH: Do you cast the characters? Who are the leads?

I don't initially cast my characters, but often as the story progresses I start to see someone. For some reason I see David as a younger, more handsome version of Ricky Gervais. I have no idea why. David isn't British, and he's not a comedian. I think it's the awkward factor. I very easily see Sadie as a plain version of Nicole Kidman. I have a clear picture of Caleb, but the boy I see isn't an actor. He's someone I know.

A bit of both. I have to have a general direction, and goals in mind to move the story forward, but I often start a scene without a clue as to how I’m going to achieve those goals. That part just happens. 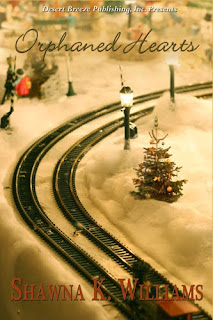 STEPH: How long did it take you to write the story?

I've known this story for a while. Originally this story was a 10,000 word short story. After I wrote it I felt like there was a lot more potential with the plot, and much more to the characters than could be conveyed in just 10,000 words. I added another five thousand, but even then I knew there was more. When DB accepted it, it was on the proposal that I would lengthen it into a novella of around 35,000 words. I'd actually gotten a late start at working on this expansion because I'd been very consumed with completing In All Things. But the story was simmering in the back of my mind, so when I started writing it flowed out of me very easily. I probably kept about 7,500 words from the original, and worked them into the new story, which I completed at 42,000 words in about 4 weeks time.

STEPH: What is your favorite Christmas story? Favorite TV Special?

Love the movie A Christmas Story! As far as TV specials go, well, I'm a sucker for the claymation Rudolph and Frosty Christmas specials. They remind me of being a kid.

STEPH: Can you share a Holiday family tradition with us?

Each of my kids has a little tree in their room, and for a week before Christmas I sneak a small gifts each night under the tree. It's tiny, inexpensive stuff. When they were little they thought the elves did it, and it added to the anticipation of the big day. My kids are teens now, and they still like for me to do this out of Nostalgia. I'm happy to oblige.


STEPH: Do you bake for Christmas? If so, what?

Oh yes! I bake all the deserts the day before: pecan pie, pumpkin, chocolate pie, blackberry cobbler, cheese cake, and just a white cake with white icing and sugar crystals that we call a snow cake.

Then on Christmas morning I cook a giant pot of buttery, maple syrup oatmeal. After presents we snack on cheese dip and taquitos, little smokies, deviled eggs, and other finger food. I fix the big meal at night, and we have baked cornish hens, mashed potatoes, dressing, cranberry sauce, asparagus casserole, sweet potato casserole, fruit salad, and homemade bread. I think that's all; seems like I'm leaving something out.

STEPH: What do you put on the top of your tree? An angel or a star?

There was a child sleeping in her home. His home. Sadie tiptoed down the hallway and peered through the open door again. Caleb's small form seemed lost in the double bed with its towering oak headboard. He formed a lump hardly larger than a pillow.

She could hear his breathing, slow and steady. It sounded like he was finally asleep. At last check, she'd padded over to the bed expecting to find the child lost in a dreamland, but instead was greeted by two large dark orbs glistening in the shadows. Wide awake.

Brother Langley had warned her that Caleb had some apprehension about sleeping in a room by himself. David described the setup at the orphanage, with one large room for the boys, narrow, spring mattress beds lined in rows. It wasn't that Caleb preferred that setting, David had explained. He'd merely grown accustomed to it.

The poor little boy. To be so young and have endured so much. It wasn't right.

He'd shown little reaction when Brother Langley told him that he wouldn't be living with the Sheldons. Brother Langley delivered the news as best he could, trying to make it sound good.

"Mrs. Sheldon will be having a baby, and since she will have a child, she wants someone else, like Miss Miller, to experience that joy, too. And she wants you to have plenty of attention. She doesn't feel that it's fair to you that her health and a new baby would keep her from giving you that."

Sadie wondered if Caleb believed a word of it, or if he was just so used to being shuffled about -- at everyone else's mercy -- that he'd placed walls around his helpless, young heart to protect himself. The only response he'd given was, "Is my last name still Sheldon?" It broke her heart to hear Brother Langley say, "No." She could see that it broke Brother Langley's heart, too.

When he'd asked if Caleb wanted to stay with her, the boy turned and looked at her, with deep dark eyes void of emotion and nodded. Sadie anticipated him asking if his last name was now Miller, but he hadn't. She was thankful, for she wouldn't have known what to say. This was only temporary.

STEPH: Where can we find Orphaned Hearts at?

Orphaned Hearts is available at Amazon Kindle, B&N Nookbooks, Christianbooks.com, Sony Reader Store, Kobo, iBookstore for iPad, Books on Board, Allromance Ebooks, and through the publisher, Desert Breeze Publishing.
STEPH: Where can we find you on the web?

STEPH: Thanks for being here today, Shawna.

Shawna's offering a giveaway of a bracelet and sample pdfs (first three chapters) of all three of my books. Please, post a comment for Shawna if you pop in today. Her jewelry is awesome.
Posted by Stephanie Burkhart at 5:32 AM