is a great way to start off Good Looking Man Moday here on the blog! 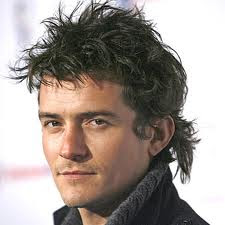 Orlando Bloom is the inspiration for my character "Grayson" in my steampunk novel, "Victorian Scoundrel." He's a British actor whose breakout role was "Legolas" in the 2001 Lord of the Ring Series. He also stared in the 2003 "Pirates of the Caribbean" movie as "Will Turner."

He's a Manchester United fan (soccer for us Americans) and he's a UNICEF Goodwill Ambassdor.