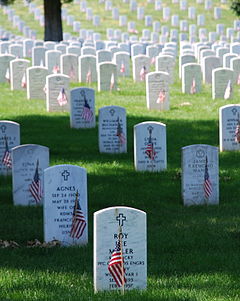 Memorial Day is a time to honor our war dead. Born out of the ashes of the Civil War, Memorial Day honors all the war dead from every war we've been involved with.

War requires bravery, courage, and a fearlessness many of us don't possess. It requires skill most of us don't have - rifle shooting, pistol shooting, and accuracy when throwing a grenade.

As I was researching today's post, I came across a solider who fought in World War I. His heroism and bravery struck a note in me and I wanted to share his story.  This is what Memorial Day is all about.

May 14, 1918, Henry and another soldier, Needham Roberts, were on sentry duty in the Argonne Forest.  Just after 2 am, their position was attacked by 20 Germans. Outmaned, Henry fought back.  Henry's partner, Needham, was injured and unable to shoot back. Henry fought fiercely with his rifle and grenades. When his weapon jammed, he used it as a club, and when it fell apart, he used his knife to fight the Germans. The raiding party fell back.

Henry received 21 wounds, but had over a dozen casualties. Henry fought with bravery and courage, and was willing to give up his life in the face of such adversity. The French gave him one of their highest military honors - The Croix de Guerre in 1918. This is France's highest award given for bravery and Henry was the first American to receive this award.

I thought his story ended there, but upon my research, I discovered more.

Henry went back to the US.  He participated in a welcome home parade and even gave lectures. However, when he spoke of the abuse he suffered at the hands of American white soldiers, the lectures dried up.

In September 1927, the Veterans bureau certified he had a 100 percent disability due to tuberculosis. He passed away in 1929 and was buried at the Arlington National Cemetery.

In 1996, the United States posthumously awarded Henry the Purple Heart. In 2003 he received the Distinguished Service Cross. In June 2015, President Barak Obama gave Henry the Medal of Honor, the nation's highest military award.  Part of his Medal Honor award reads:  "Private Johnson held back the enemy force until they retreated. Private Johnson’s extraordinary heroism and selflessness went above and beyond the call of duty.

His actions are in keeping with the highest traditions of military service and reflect great credit upon himself, his unit and the United States Army."

Henry was 36 years old when he died.  Thank you Sergeant Johnson for your bravery, your courage, your inner strength in the face of adversity, and your service.

Question for you: Do you have a loved one in the military, or do you know of a family member in the service?  Which branch are they in? I'd love to hear your stories.
Posted by Stephanie Burkhart at 7:55 AM