Make A Play for Her Now - The Bangles #thebangles 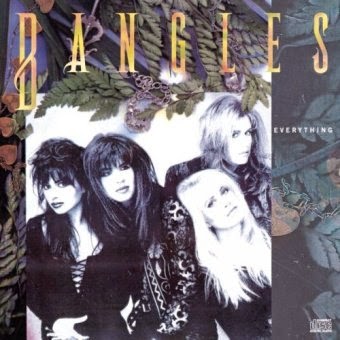 I love 80's music. Being a young adult in the 80's I really came to enjoy the music The Bangles put out. Susanna Hoffs, Debbie & Vicki Peterson and Michael Steele were my heroines! It's was great to see girls "rock" and put out music I enjoyed.  My highlight was seeing the gurls play at the New York State Fair in 1989. It was general admission but I was there early enough I was right up next to the stage, near Michael. Some guy got past security, jumped up on stage and gave Susanna a kiss. She was startled to say the least. Security finally put the grab on him and threw him out.

I was pretty bummed to hear the Bangles broke up and thrilled when they got back together in the late 1990's, 2000s.  So, what's the appeal for me?

#1 - their vocal harmonies. Those girls can sing! (reminicent of the Beatles) Their voices mesh together really well. In fact, their in the vocal hall of fame.

#2 - They can play the heck out of their instruments!

#3 - Their music spoke to the things that I was going through. For me, Vicki and her songs spoke the most to me. 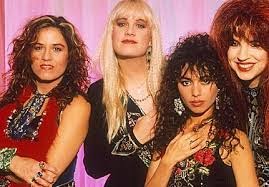 #4 - Now, it's great to be able to play their discs in the car. My boys get into the songs. My oldest son really likes "Single By Choice" (another Vicki song!)

They've got a new release coming out in Thanksgiving day. Can't wait. One thing that I learned recently is how important Michael Steele was to the group. Her songs always had a different tone, more "worldly" speaking to big issues. The Bangles aren't the same without her. 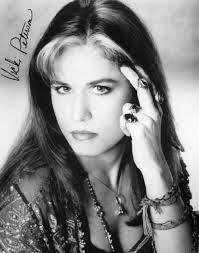 Here's a You Tube Link to a live audio performance of the song: https://www.youtube.com/watch?v=hwmNpBdcVJM

The song was co-written by Vicki and V. Vincent.
Vicki is great a word play. That's one of the reasons I really enjoy her song.  Here's the opening verse:

Words of comfort and love
spoken in design
turn cruel, unkind.
You have your ready treasures of sin
and it all begins
with an innocent smile.

Who doesn't remember being dumped because your "boyfriend" is attracted to another woman?  How are you suppose to take it? It's not a pleasent feeling. Vicki rocks the song. The song has a haunting, fast paced beat that strikes a "I'm-hurt-but-I'm-going-to-tough-it-through."

Vicki wrote "Make a Play For Her Now," with former kiss guitarist Vinnie Vincent, who turned out to be a major Bangles Fan.

Vicki was born in Northridge, CA. In 1981, she got together with her sister, Debbie and Susanna Hoffs and founded the Bangles. She plays lead guitar.

Question for you: Are you a Bangles fan?  Who is your favorite?  What's your favorite Bangle song? I'll be exploring my Bangle love in the upcoming weeks and sharing other songs.

Posted by Stephanie Burkhart at 10:32 AM

Email ThisBlogThis!Share to TwitterShare to FacebookShare to Pinterest
Labels: 80's music, Everything, Sharing the Bangle Love, The Bangles, Vicki Peterson