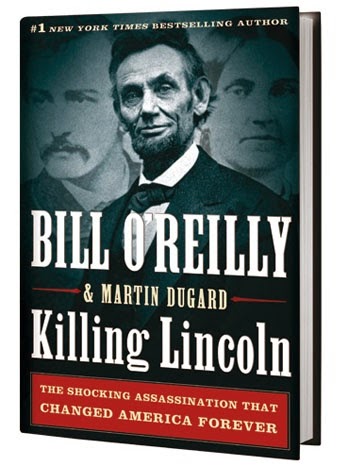 Abraham Lincoln is one of America's most beloved and admired presidents. O'Reilly and Dugard show us why. Lincoln changed America, pulling it forward, fighting the Civil War to keep the Union together. He embodies the qualities the Founding Fathers were looking for in America's presidents. John Wilkes Booth, his assassin, is one of the most infamous men in American history. His refusal to change and adapt with the times seals his fate.

The book is written in a very straightforward manner, making it easy to read. O'Reilly and Dugard unravel Booth's schemes and plots so they are understandable to the reader. The authors also share intimate details of the lives of Lincoln and Booth, presenting a very human story. The pivotal moment comes when Lincoln's bodyguard, John Parker, abandons his post, leaving Lincoln vulnerable.

O'Reilly and Dugard's taunt writing ratchets up the suspense and will have the reader on the edge of their seat as Booth marches closer to April 14, 1865. Well researched, gripping, and suspenseful, "Killing Lincoln" will resonate with readers long after they've finished the novel.

Question for you: Is Lincoln one of the presidents on Mt. Rushmore? Who are the others?
Posted by Stephanie Burkhart at 1:30 AM