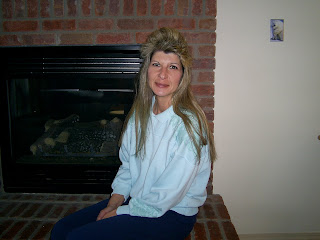 STEPH: Julie, welcome to the football blog tour stop! Who's your favorite football team? How long have you been a fan?

JULIE: The Indianapolis Colts and the New England Patriots, 6 years, give or take, each.

JULIE: Peyton Manning. He seems like a very nice person, and he has a dedication not only to his craft and team but to every aspect of the game. He works diligently with his rookies to help them hone their talents, and he's constantly practicing and looking for ways to better himself and his skills. Plus, when he's at fault for a mistake made during the game, he blames no one but himself. In my opinion, he truly exudes good sportsmanship all the way around. 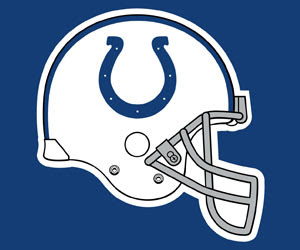 STEPH: Who's the Colt's "evil" Nemesis?

JULIE: I don't really have an evil nemesis, as far as a team or a player. There are some players I don't care for, mostly for their off-field antics, like Michael Vick and his dog fighting ring, but I wouldn't necessarily say they are evil people. They just do stupid things, which, in my opinion, doesn't make them good role models, especially for children who dream of playing the sport professionally one day.

JULIE: Yes. A few years ago, my son entered a contest to be the 'Kick-off' kid for the Denver Broncos. During the pre-season games and the regular games, one child, accompanied by a parent, went down to the field and onto the sidelines with their escort from the Broncos. Every time the Denver Broncos kicked off and the play was over, the child rushed out onto the field and retrieved the football tee. My son won the opportunity to do this for one of the pre-season games and had a great time. Up close to the players, his name was announced over the sound system the first time he went onto the field and he was on the big screen each time he ran out to retrieve the tee. He also had his picture taken with some of the cheerleaders, and I watched all of this from way up high in the stands, as the hubby accompanied him onto the field. I think the Broncos were playing Cleveland that day, but had it been the Colts or the Patriots, I would have been on the field with him. All in all, it was a great experience for him, but I much prefer watching the games at home, where I have a front row seat to see all of the action. 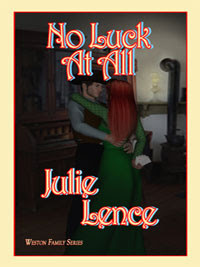 Blurb for No Luck at All:

The youngest son of a wealthy rancher, Creel Weston spent his childhood breaking wild mustangs and dreaming of becoming a doctor. Being blackmailed into marrying a spoiled socialite wasn't part of his plans, especially when he loved her. He'd take Racine back home with him and find a comfortable ground with her. Trouble was, she wasn't as spoiled as he'd been led to believe, and harbored scars that would take more than his doctoring skills to heal.

Boston socialite Racine Somerfield had an unbearable childhood. Mama despised her, and although he said he loved her, Papa couldn't wait to get rid of her. Marrying Creel and accompanying him back to his home in Colorado Territory, Racine hoped to find some semblance of peace and happiness at Wooded Acres, and in Creel's arms. She didn't expect to add another wound to those she already carried.

Email ThisBlogThis!Share to TwitterShare to FacebookShare to Pinterest
Labels: Colts, Football Blog Tour, Julie Lence, Not Luck at All