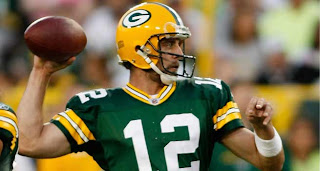 FRAN: Steph, thanks much for inviting me to be a part of your football guest blog series. I’m thrilled to be here!

STEPH: It's great to have you here, Fran! Who's your favorite football team, and how long have you been a fan?

FRAN: Steph, I’ve been a fan of the Green Bay Packers since the mid 70s when I began to watch pro football. I was living in Northern Illinois at the time so they were sort of a “home” team since they played some of their games in nearby Milwaukee in those days.

FRAN: Aaron Rogers has been tremendously impressive since he took over Brett Favre’s spot as quarterback. His skill and ability have blown me away. I hated to see Brett leave. How would we ever win again? Rogers came in following one of the best NFL players of all time and led the team to a Super Bowl victory in very short order. Wow!! He never gives up. He’s inspirational.

STEPH: Who's your favorite all time Packer player?

FRAN: That is a very difficult question because there have been so many outstanding players for the Packers in the last thirty plus years. Naturally, Brett Favre is a favorite. Reggie White was fantastic on defense. I loved watching him play. But I guess my favorite Packer player of all would be Sterling Sharp. Watching receivers make great catches is one of the most thrilling things about football, and it seemed he caught everything he could see. 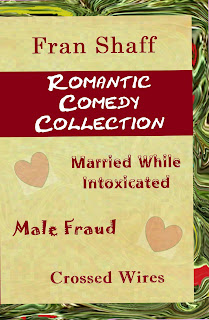 STEPH: Who's the Packers "evil" nemesis?

FRAN: The Minnesota Vikings and the Chicago Bears are tied for the honor of being named as the Packers’ “evil” nemesis. The Packers have great rivalries with both of those teams, though the Bears have been around a LOT longer than the Vikings have. When I lived on the Wisconsin/Minnesota border years ago I saw a sign along the beautiful St. Croix River separating the two states. The sign sported caricatures of injured Packer and Vikings players shaking hands. So I guess they’re not nemeses as much as they’re rivals, huh? Since my husband is a Bears fan, when our two teams meet we’ve got to try to maintain peace in the family, so we can’t consider either team “evil.” (But my Packers DID walk over the Bears last season right into the Super Bowl, didn’t they? I think Hubby thought my team was a little evil that day. ☺)

FRAN: No, Steph, I’ve never had the pleasure of attending a pro football game in person. The view’s probably better on TV, but I’m sure the excitement is palpable when a fan attends a game in person.

FRAN: I have tee shirts and sweatshirts, of course, even a cap, but no jersey.

FRAN: Whatever we’re having for lunch is my football food since most of the games start at noon in the time zone where we live.

You know, Steph, I enjoy NFL football so much I just knew one day I’d have to combine my love of the sport with my passion for writing. “Male Fraud,” my most recent romantic comedy and the result of meshing football and storytelling, made its debut recently. Here’s the blurb:

Terry Fiscus wants to be a trainer for the pro football Chicago Cyclones. Coach Dan Barringer doesn’t believe a woman belongs in a men’s locker room. Terry really, really wants this job so she disguises herself as a man, and Dan hires her. When Dan meets Terry outside of work and gets to know her as the lovely “Teresa” he falls in love, and so does Terry. As she tries to manage her double life things get extremely complicated and side-splittingly funny. 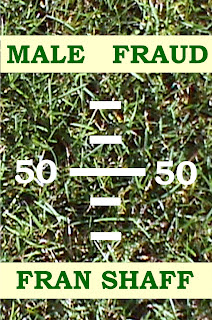 “Male Fraud” is available as an e-book at most major e-book stores. It is also available in paperback at Amazon as part of my “Romantic Comedy Collection.” A video book trailer, excerpts and more information are available at: http://sites.google.com/site/malefraudbook/

Thanks so much, Steph, for inviting me to be a part of your special football event. It has been a real pleasure to be here.