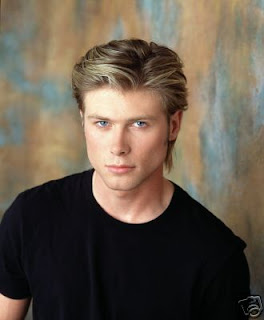 Stephanie Burkhart (writing as SG Cardin) was born and raised in Manchester, NH. I joined the US Army fresh out of high school in 1986 and became an MP. I spent 7 years total in Germany. My first trip to Berlin was in 1988, a year before the wall fell. I have a BS in Political Science from California Baptist University. Now I work as a 911 Dispatcher for LAPD. Destination: Berlin was my first book and was inspired by my trip to Berlin in 1988.

Destination: Berlin is a "sweet" romance. Corporal Sharon Cates has only one chance to get to Berlin: Soviet Jr. Sgt Dimitri Nagory.

Today, I thought I'd do something a little offbeat. Let's welcome Jr. Sgt. Dimitri Nagory to the blog for an interview. Welcome, Dimitri!

Dimitri: Thank you for having me.

Steph: So, tell us where you were born, Dimitri.

Dimitri: Onion Domes. There are a lot of onion domes. It's cold in the winter – very, very, cold. London is like a tropical climate to me.

Steph: Why did you join the Soviet army?

Dimitri: I knew I would have to. Every 18-year-old is conscripted into the military. Knowing this, I mastered 3 different languages so I would be accepted as a linguist and I wouldn't have to go in the infantry.

Steph: What languages do you speak? 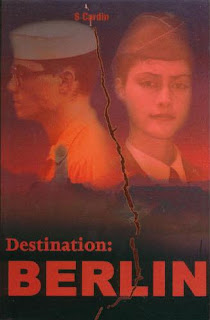 Steph: Why those languages?

Dimitri: The military always needs German and English. We have to be able to spy on the Germans, British, and Americans.

Steph: Where did you work in the military?

Dimitri: I was a good soldier so they put me in the Soviet embassy in London.

Steph: How did you meet Corporal Sharon Cates?

Dimitri: On the Berlin Duty Train. She was having a late night coffee in the dining car so I thought I'd join her. I'd never met an American female soldier before.

Steph: What happened next?

Dimitri: The duty train derailed right in the middle of Communist East Germany, and the Stasi wanted to hunt her down because she had top secret documents on her. I was terrified! I thought if I turned her into the KGB they would take the credit for it and ship me off to Afghanistan. I didn't want to die in a war zone like my father did. Not only that, there was a delicate balance of power between the USSR and USA. The Stasi threatened that peace, so in our nations' best interests, I decided to help Cpl. Cates get to Berlin.

Steph: Wouldn't that be conspicuous? Traipsing through the woods and cities of East Germany in your uniforms.

Dimitri: We stripped off all our military insignia from our uniforms and stuck to the wood line to stay out of sight. We spent our first night in an abandoned farmhouse. It was chilly. We had to sleep close to each other.

Steph: What happens if you make it to Berlin?

Dimitri: I don't know. I haven't thought past our next town, Genthin.

Steph: Thanks for the interview, Dimitri.

Quickly, Dimitri dragged the second polizei to the pile of coal, where he took off his own clothes and put on the polizei uniform. A quick check of the second polizei's wallet led to another twenty marks. Dimitri then put both of the polizei's guns in his duffle bag, holstering the Czech gun in his new uniform.

He chuckled for a second, then grew serious. "We can't waste time. Your wrists."

Sharon held out her wrists and Dimitri put her in handcuffs careful not to lock them. He cuffed her hands in front of her so it would be easier for her to carry her briefcase. Then he slung his duffle bag over his shoulder and they stepped out of the alley, walking toward the entrance to the Bahnhof. As they approached, a small crowd departed, dropping their eyes as Sharon and Dimitri walked through the doors.

"Everyone is so non-confrontational," Sharon whispered.

"Act like you're attempting to struggle," counseled Dimitri. "We have to put on a little bit of a show."

Sharon fidgeted as he suggested.

As the departing crowd thinned out, Sharon noticed there were only two people in the ticket booth. Dimitri pushed her toward a set of descending stairs, and as she studied it, she discovered it led to a tunnel and another set of stairs, which provided access to the train platforms. A train waited. A low rumble came from it's engine. A mechanical sign above the train flipped. Abfahrt Brandenburg 1400.

Dimitri leaned over. "We have five minutes to get on that train," he whispered.

***
Red Square in Moscow in Winter 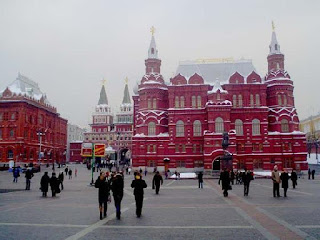 Here's a link to Destination: Berlin's Book Trailer on You Tube: http://www.youtube.com/watch?v=Cuav1ZTlWOA

Here's a link about the Berlin Duty Train on You Tube:
http://www.youtube.com/watch?v=fffJw3QniNA

Goodie Time: Post a comment. I'll pick two lucky winners out of a hat to receive an autographed postcard of the cover. Follow me on my blog tour and earn a chance to win an autographed copy of Destination: Berlin. To find out the dates on the blog tour visit my blog, "Romance Under the Moonlight."

Romance Under the Moonlight
http://sgcardin.blogspot.com
Posted by Stephanie Burkhart at 7:39 AM