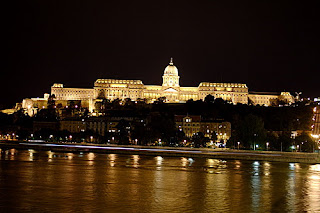 Welcome to my blog, “Adventures in Moldavia,” for the Desert Breeze Scavenger Hunt. I’m very excited to have you peek in.

My first novel with Desert Breeze Publishing is due out in May 2010, and it is a paranormal romance. It takes place in 1901 at the end of the Victorian era. The world was growing fast due to industrialization. They had iceboxes, telephones, phonographs, and automobiles were just becoming popular. In fact, European automakers included Daimler, who named a car after his daughter, Mercedes. Carl Benz was thriving. The nobility and merchants could afford autos during this time, but autos themselves, weren’t quite priced low enough for the everyday man yet. Radio was only a few years off. It was an exciting time with many modern inventions. Still, dark legends and myths existed in small corners of the world.

The novel opens with Katherine Archibald, the niece of Lord Henry Archibald, reading a book. In walks a foreign man who finds her intriguing. He reveals himself to be a Hungarian count, Matthias Duma. Katherine is as intrigued by him as he is of her. After Matthias’s business at the Archibald’s is finished, he returns to his London townhouse and confides in his servant and friend, Lazlo, that he’s attracted to Katherine. It’s an attraction that rattles him to the core because Matthias, after all, is a werewolf. He asks Lazlo if he even has the right to make her fall in love with him.

That is what the novel dares to explore – Matthias is tormented by his condition, but he is a man, and the man wants a mate, a lover, and a wife. Quite a dilemma, isn’t it?

I know some say werewolves, “Argh! I don’t find them attractive at all.” I can’t say I blame you. What fascinates me about Matthias’s story are the psychological aspects. What does the man have to deal with when he isn’t a werewolf? There’s very little actual wolf scenes in the story. I want to explore Matthias’s psyche, not his transformation or the wolf.

“The Hungarian” was inspired by a short story I wrote called “The Wolf’s Kiss.” That story won an honorable mention in the Writer’s Digest 2007 Popular Fiction contest in the romance category. After being well received on Writing.com, I expanded it into a full length novel.

This version, due out in May, is very different from the first rough draft of the novel. I took a page out of King’s book, wrote my draft, got to know the characters, than wrote a 2nd draft, taking the story and characters in a different direction. This 2nd draft, I wrote in the first person from Katherine’s perspective. Then I showed Gail at Desert Breeze. She was interested, but wanted it in the 3rd person, hence this 3rd draft. 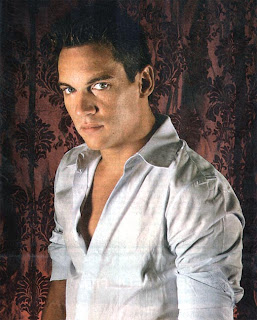 As with all my novels, I cast my characters. Since Matthias has such striking eyes, I cast Jonathan Rhys-Meyers from HBO’s “Tudors” fame. For Katherine, who just has a mane of beautiful, black curls, I cast an actress who was on “As The World Turns,” Justine Cotsonas.

England and Hungary prove a romantic setting for the novel. In fact, Matthias, my hero, was born in Hungary. 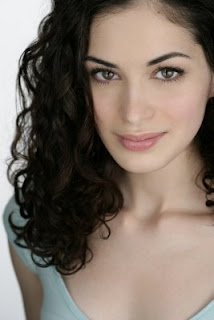 I also have a free short coming out for the Scavenger Hunt, “Under a Christmas Moon,” featuring Matthias and Katherine. It’s meant to stand alone, but I hope it piques your interest about the couple. Below is an excerpt from the opening chapter, and after the excerpt is your clue for the Desert Breeze author’s blog.

Thanks for visiting,
Smiles,
Steph

EXCERPT:
The door squeaked open. Katherine peeked over the top of her book. A tall, muscular man walked in wearing a white button-down shirt and holding his blazer. He paused, as if surprised to find her, and then began to quietly walk toward the window. He moved with wolf-like prowess, his long legs taking cool, calculated steps as his unusual eyes surveyed her. Katherine bit the inside of her lip, returning his measured perusal with one of her own. His silence was unnerving, yet intriguing.

His eyes drew her to him – malachite green with a gold ring around the iris. Dynamic. Expressive. Even now, as he looked at her, they softened and grew translucent. Finally, he stopped in front of the window and casually threw his blazer onto a nearby chair as if he owned the room.

Katherine pursed her lips as her insides warmed from the deep silkiness of his voice. He smiled, and walked over to her chair, slowly gliding around it, tracing his finger over the leather headrest, skirting her curly hair.

“And who is inquiring?” She tried to sound cool and composed, but she had to fight the nervous temptation to play with her hands.

“Then my name is Juliet.”

A teasing smile graced his lips as he walked out from behind her chair and glanced at a bookshelf before turning to look at her again.

“Would you fall for Tristan?”
“Only if my name were Isolode.”

He walked over to a wooden table near the window and ran his long finger over a clay mock-up of Excalibur lodged in a stone. “What do you think of ‘Arthur?’ Do you think it suits me?”

“Only Guinevere would believe your name was Arthur.”

He crossed his arms, his eyes sparkling in the sunlight. “Would you believe my name was Matthias?”

“If I knew more about you.”

His eyes darkened a little. “What would you like to know?”

She paused, drinking in his features. His face was chiseled with an awkward scar on his right temple. His nose was perfect – slender – hinting at nobility. His lips were full, red, exuding with male sensuality. He was a vision of male virility, and she found it difficult to tame the unusual warmth that pooled inside her.

“Ask me three questions and I’ll give you three honest answers,” he said.

She stood up, nervously smoothing out the fold of her skirt. Were there limits to what she could ask him? Boundaries? “Is your name really Matthias?”

“Why did you come here today?”

“I have business with Lord Archibald.”

She opened her mouth to ask him her next question, but he swiftly crossed the distance between them. His dominant presence took over her personal space. She shivered from the excitement of being so close to him. He placed his finger to her lips. The touch made her tingle. Was he going to kiss her? “My turn for a question. Do you believe in the stars?”

What did Chrystal Kincaid do at Heather Graham's Vampire Ball during the 2009 Romantic Times Convention that now set the bar for future Desert Breeze authors?

Visit Chrystal's blog at:
http://chrystalkincaid.wordpress.com
Posted by Stephanie Burkhart at 11:17 AM