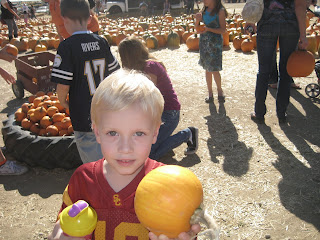 Isn't he a cutie? That's my boy, Joe. It's amazing what a child can inspire, isn't it? Here are some of my thoughts on children's writing:

Children love books. Whether it’s sitting down in mommy’s lap or curling up in a quiet corner to read, a good book gives them a grand adventure. However, writing for children is a lot more challenging than you think.

Typically, children’s stories are shorter and use simply language, but a short story may not be a good story. There are several elements in crafting a children’s story that you, the writer, should be aware of.

One of the elements needed for a good children’s story is plot. It should be fun and engaging. Remember, today’s children’s books compete with TV, video games, Wii, and movies. Take children on an adventure in your book. Don’t be over simplistic. The story should follow a logical sequence of events that children should understand.

Keep in mind your plot should have some conflict as well. The conflict should be aimed at the age level you’re writing for. Conflict in children’s writing doesn’t need to be complicated. It can be an escaped cat, a move to a new town, or the first day of school. Just remember to bring the conflict down to a level that children can understand.

Also remember there are different age ranges and audiences in children’s literature. You want to gear your plot and conflict to suit those ages. You have board books, picture books, early readers, beginning chapter books, and young adult books. If you’re not familiar with these formats, you might want to do a little research. Read books in the targeted age range you want to write in. Talk to kids about what they like to read or don’t like to read.

Another element in crafting a good’s children’s story is characterization. Children have to be able to relate to the characters in the story. What helps is to keep the dialogue as natural as you can. (If you use any) Tailor your dialogue towards the developmental age range you’re writing for.

Overall, writing for children can be very rewarding, especially if you craft a story with a dash of adventure, a pin of fun, and a tablespoon of character.


**********
Recently, my son has had issues taking a bath and it's been hard trying to make bath time fun. I've taken to calling Joe Chicken while he's in the tub and well, he doesn't seem to mind. With that said, here's a little short I came up with recently called, "CLEAN JOE CHICKEN."

Joe should brush his hair and pick out his own shirt to wear. He could floss his teeth and slip on his own shoes, but Joe did not like to take a bath.

His mother tried everything. She tried bubbles. She bought him toy boats. She let him take his favorite letters into the bath, “J” and “B” but he still got more water on her than he did on him.

Joe’s mom didn’t know what to do. Her straight hair had turned curly from trying to give Joe a bath. Then one day Mom spied Joe playing with his farm set in the back yard and she had an idea.
That night she ran his bathwater and laid ou
t her supplies – Joe’s shampoo, soap, and washrag. She used red paint and made the bathtub look like a farm house. When Joe walked into the bathroom his eyes grew wide.

“Where’s the bathtub?” he asked.
Mom smiled. “I thought I’d use a trough to clean my little chicken.”
“I’m not a chicken, I’m Joe.”

“For the next ten minutes you’re Joe Chicken.”
A slow smile grew across his face. Mom helped him to undress and plopped him into the trough.

“Okay, let’s clean the chicken hair.”
Joe sat patiently as his mom washed his hair. She gave him a washrag and he wiped his face.

“Okay, it’s time to clean the chicken wings.”
Joe held out his arms and his mom soaped him up.

He stuck out his legs and giggled. His mom gave him a wash cloth and he soaped up his own legs. He wiped his chicken toes, cleaned behind his chicken ears, and even washed his little chicken armpits.

His mom grabbed a yellow towel. “Okay, Chicken Joe, it’s time to come out.”
Joe pulled the plug and his mom covered him in the towel.

Joe smiled at his mom. “That was fun. Can I be Chicken Joe tomorrow?”
His mom smiled at back at him. “Of course, Joe. You sure can.”
Posted by Stephanie Burkhart at 2:02 PM