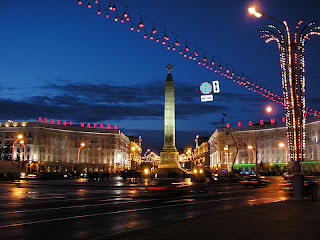 Plan on writing an action/adventure short story or a novel? Here are some elements to consider when drafting your story together.

When one hears "Action/Adventure," the pulse- pounding James Bond cames to mind. Ian Fleming's novels are fast paced, plot driven, and give Bond a "quest" for him to prove his worthiness. All these are essential elements to telling an action/adventure story. Other notable action/adventure authors include Janet Evanovich and Pat Cornwall.

PLOT Most action/adventure stories have a plot that's based on events and action, as opposed to a character driven plot. (Where the character is motivated to learn something about his/herself.) Plots should be unpredicable, making the readers guess as to what is coming next.

SETTING Settings (time and place) are clearly established. Usually adventures take place in an exotic type setting. You can have historical settings, as well. The better researched and defined, the easier it is to picture the story's setting in the reader's mind.

HERO/HEROINE The action/adventure hero is not confined to being a man anymore, but the goal of the hero/heroine is the same: to go a quest to prove their worthiness. The hero has a moral code they won't compromise. For example, they won't kill unless in self defense.The hero has a least one exceptional skill. They may be an expert marksman, or run real fast. They may have exceptional vision. This skill helps them along their quest.

COMPLICATIONS The main complications to the hero is the immediate threat of physical danger. This heighens the action.

One word - one descriptive word choice can make the difference when it comes to action. Let's expand on this:#1 - Bond ran toward the helipad, his eyes on the helicopter.#2 - Bond raced toward the helipad, blood pounding in his veins.Which sentence captures the sense that it's imperative for Bond to reach the helipad? #2.

The description in an action/adventure story shouldn't be lengthy, but it should be enough to picture the sense of urgency behind the action.

For me, I think setting is important. It really gives the reader the "flavor" of the story they're reading. Just to bring up Mona again, her story, "To Love a Hero" is set in Bellarus. Enclosed is a picture of Victory Square from Minsk. It's a little dark, a little exotic, hinting of pride. That's setting. You don't need a lot. Just give the reader the taste of it and the imagination will do the rest!

Smiles
Steph
PS... I was just trolling my favorite blogs and I got a little early for Wednesday's pub News - What's NOT trending right now in the publishing world? Here's a sneak peek:
Unless your famous, Memoirs are on the out.
Chick lit is dead. ?? Really?? I'm shocked.
Literary fiction doesn't sell. I know it's tough in this category.
Nobody wants books over 100k words. I guess readers can't read past that? Hey, if it's too long...
Posted by Stephanie Burkhart at 12:44 PM