1st Day of Christmas in song 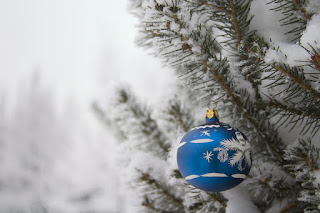 Welcome to my 12 days of Christmas in song!

Traditionally, the 12 days of Christmas start on Christmas (the birth of Jesus) and go through to 6 January, the Feast of the Epiphany, when the 3 Wise Men found Jesus in Bethlehem.

This is the season we listen to our favorite Christmas Carols. I'll be sharing little tidbits and facts along with You Tube Links. So sit back, relax, and enjoy the music these 12 days of Christmas.

SONG:
The 12 days of Christmas

This song is believed to be older than the official published version. While the origins are unknown, if you go by the text of the song, it implies a French origin, as a red-legged partridge, a native of France, and known to perch in trees, was not introduced to England until 1770.

Did you Know?
In Australia, an alternate version replaced traditional gifts with native Australian animals.

So What's the Meaning?

The 12 Days of Christmas sounds like a nonsense song, but modern "folklore" claims the words were written to help young Catholics with their faith during the time that practicing Catholicism in England was criminalized. (In the 1500's)

Author Bio: Stephanie Burkhart is a 911 Dispatcher for LAPD. When it comes to Christmas, she puts up an artificial tree.

Question for you: Do you use a real tree or an artificial one?

Blurb: When Alice follows her cousin back through time, she has no idea the mischief she's in for.

Opening:
Edmund Windsor was in a rush. Then again, he was always in a rush and today was no exception. Alice skulked after him, trying to keep up without being seen. Edmund made his way through the halls of the British Time Institute located at Cambridge University near the Cam River and the Queen's College. His quick, long gait was full of purpose, his eyes etched in determination. Alice could barely keep up. She adjusted her glasses, setting them straight on her nose, and continued her pursuit.

Review: I highly recommend this with highest of 5 stars, and I can't wait until the second Windsor Diaries installment releases! – 5 Stars, Reader's Favorites, Molly E.

Find me on the Web:
Http://www.stephanieburkhart.com

Posted by Stephanie Burkhart at 1:14 PM

Email ThisBlogThis!Share to TwitterShare to FacebookShare to Pinterest
Labels: 12 Days of Christmas in Song, History of 12 days of Christmas, Stephanie Burkhart, Victorian Scoundrel