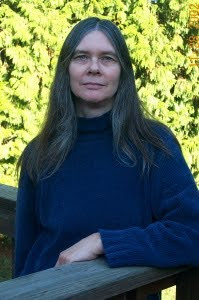 Welcome Penny Lockwood. Penny Lockwood Ehrenkranz has published more than 75 articles, 50 stories, two e-books, a chapbook, and her stories have been included in two anthologies. She writes for both adults and children. Her fiction has appeared in numerous genre and children's publications and non-fiction work has appeared in a variety of writing, parenting, and young adult print magazines and on line publications. Her website is http://pennylockwoodehrenrkanz.yolasite.com Her writing blog is available at http://pennylockwoodehrenkranz.blogspot.com/


Here's a Q&A with Penny. She's here today to talk about her story, "Ghost for Rent" and her writing. Enjoy!

STEPH: What was the inspiration behind Ghost for Rent?

PENNY: I had been writing and publishing for a number of years, however, my focus was short stories and non-fiction articles. My daughter, who was about ten at the time, wouldn’t believe I was a “writer,” because I didn’t have a published book. I decided I should at least try to write one. I wanted to write a kid’s book and looked around for an idea. A neighbor had moved, after her divorce, to an old farm house. As we visited one day, she told me she had heard a piano playing in the living room and when she went to investigate, she saw a ghostly image of a young boy. This became my inspiration for Ghost for Rent.

STEPH: How did the book find its way to being published?

PENNY: I started by going the usual route of researching book publishers through Writer’s Market. I did not attempt to get an agent, but sent off query letters and first chapters to a number of children’s book publishers. I got a lot of nice rejection letters. Then, I looked to the Internet for book publishers and found HardShell Word Factory. They are basically an eBook publisher, but also do print on demand paperbacks. I submitted my manuscript. The editor gave it to several young readers and based on their input, offered me a contract. We went through a lengthy editing process and finally, in 2002, the book was published. I was fortunate that not only was it packaged as an eBook, but HardShell combined it with another middle grade book and offered for it awhile as a “twin spin.” Kids could purchase not only my book, but the other book as well in one edition. HardShell went through some ownership changes recently and now the book is only available in electronic format.

STEPH: What other projects have you published?

PENNY: A full list of my articles and short stories appears on my web site at http://pennylockwoodehrenkranz.yolasite.com My fiction for adults tends toward fantasy and soft science fiction with a touch of romance. A collection of a several of these short stories is scheduled for publication by Sams Dot Publishing around September of this year. The collection is tentatively titled A Past and A Future and will be available in a print format. Some of these stories appeared in an earlier collection released by Bookmice, an eBook publisher, however they went out of business a year after the collection was published. In addition, Sams Dot Publishing has released my YA illustrated chapbook, Dragon Sight (http://www.genremall.com/fictionr.htm#dragonsight). I have also published a number of sweet contemporary romance stories. In fact, MuseItUp Publishing recently accepted my contemporary romance, Love Delivery, for publication. It will be released in August, 2011 (http://museituppublishing.com/bookstore2/ ). I’ve also had stories published in two anthologies, Year 1: A Time of Change, and The Breastfeeding Diaries.

My non-fiction is geared toward writing tips, teen self-help articles, and parenting tips.

I am also an editor with three small independent publishing houses.

STEPH: Care to share a couple of your hobbies with us?

PENNY: Besides writing? I love to read. I also garden, both flowers and vegetables. In the evenings, I enjoy crocheting. Recently, I decided to learn to knit, so I’m working on my first knitting project. I also enjoy spending time with my family and my dogs and cats.

PENNY: I almost hate to say it, but The Green Zone. We watch a lot of movies which we rent and play on the T.V. The Green Zone was one my husband picked out. I don’t choose war movies when it’s my turn to pick. I prefer fantasy and science fiction movies with an occasional romantic comedy or action adventure when the mood strikes me.

PENNY: I actually like them both for different reasons, so I’m on the sidelines, standing in the middle. If I had to pick, though, I think I would pick Team Jacob.

STEPH: Me, too! I read the first chapter of "Ghost for Rent," and I didn't want to stop. The beginning had me hooked. Thumbs up, Penny! Here's an excerpt from chapter one. Thanks for popping in today and visiting with us.

With the rain pelting her, Wendy ran from her bus stop to her apartment building. She couldn't wait to get home. Maybe she'd call Darcy and see if she could come swim in the indoor pool. Or, maybe, she'd just go to the exercise room and work out before dinner. She couldn't make up her mind. Her twelve year old brother, Mike, liked to go straight to the arcade room, so she and Darcy would stay away from there.
Karl, the door man, greeted her as she skidded to a stop under the rain awning. “Good afternoon, Ms. Wiles.” He opened the door for her with a theatrical flourish.
“Good afternoon, Karl.” Wendy smiled, careful not to show her braces. She always felt grown-up and elegant when Karl open the door for her.
After entering the foyer, she groaned. Mike, dressed in his usual black jeans and tee-shirt, leaned against the elevator button, banging his head to the awful heavy metal music he enjoyed so much. She heard his Walkman even though he listened through earphones. Life would be almost perfect if it weren't for him, she thought.
Wendy reached the elevator just as the doors opened, and she slipped in beside her brother. She watched him out of the corner of her eye and considered asking him about the argument Mom and Dad had last night. She wasn’t sure if Mike even heard them since his stereo was always so loud. Mike ignored her and kept his eyes focused on the flashing floor lights.
Fine, she thought, pulling a book of Emily Dickinson's poetry from her backpack. Water dripped off her hat, but after living in Oregon her whole life, it didn’t bother her. She pretended her stupid brother had been abducted by aliens and immersed herself in Emily’s poems. Something cold and slimy slithered down her back. She screeched, and dropped her book. Dancing from one foot to the other, she stubbed her toe against her bulging backpack, then yelped even louder. She hopped up and down as she clawed at her back. Mike howled, and held his sides, laughing so hard he doubled over.


And here are some links where the book can be purchased:
Posted by Stephanie Burkhart at 11:37 PM