Honoring Memorial Day during a Pandemic 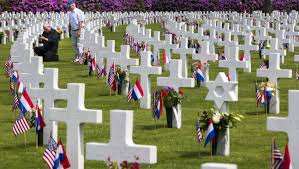 A lot of citizens think of Memorial Day as the informal start to the summer. They make plans to visit the beach, the lake, and plan an awesome BBQ meal. As a veteran, Memorial Day holds a more solemn meaning in my heart, and this year we’re all challenged to find the appropriate way to celebrate while social distancing.

BEHIND THE DAY:
Memorial Day was known as Dedication Day and born out of the ashes of the Civil War. Waterloo, New York is considered the birthplace of the holiday. In 1866, several citizens got together and decorated the graves of the Civil War dead with flowers and flags. They also honored their war dead with a moment of silence. Soon after, parades became a staple of the holiday. It’s also a tradition to lower the flag to half-staff to honor the war dead.

After World War I, these traditions expanded to include all of the war dead from all wars.  I tried to do some research on the 1919 Memorial Day (then known as Dedication Day) while the Spanish Flu was ravaging the world, but my research was spotty.  Several towns continued to hold their Decoration Day parades to honor their war dead and veterans. The Ironton Lawrence County parade was held that year (as reported in the Daily Dispatch out of Huntington WV). There were 2,400 people in attendance and “full honor was paid to the soldier boys, living and dead…”

In 1966, President Lyndon Johnson changed the name from Decoration Day to Memorial Day and it was finally recognized as a federal holiday in 1971.
BRINGING IT HOME/MODERN DAY PERSPECTIVE
Both my boys have been active in the Scouts BSA program. Since 2007, when my oldest was a tiger cub, his Cub Scout Pack would coordinate with the local cemetery to place flags on the graves of veterans to honor Memorial Day.  They’d get dressed up in their scouting uniforms and place the flags with their adult leaders assisting. I thought it was a great way to not only teach, but honor those who had served their county.

This year Scouts BSA is unable to hold such an event due to the pandemic involving COVID 19. So what can we do to honor the holiday in 2020?

I have to work half the day, but before I go to work, I’m planning on flying my flag and I’m going to get a plant from Home Depot. I’ll be planting my plant in the front yard when I get home after I change into an Old Navy flag shirt, flying my flag, and offering a moment silence at my house in honor of my Uncle Harold who fought in World War II before I start my BBQ.  Uncle Harold recently passed away in Massachusetts, so while I can’t be there, I hope to hold him close to my heart here in California. I’ll have my boys help me plant my plant.

IDEAS
If you have a loved one you’d like to honor at a nearby cemetery, I might suggest reaching out to the cemetery and finding out what their guidance is; will they allow you to visit? Decorate a grave with flowers or a flag? If not, maybe set aside in your yard or a use a planter to plant a small plant/flower and place a flag. You could put it on your balcony.  YouTube is a great source to find out more information about the holiday or even pull up an old parade. And when you’re ready to BBQ in your backyard, maybe you could play some patriotic songs? Suggestions, only.

Question for you: How do you plan to celebrate Memorial Day?

ABOUT THE AUTHOR:
Stephanie Burkhart is a 911 dispatcher for LAPD. Her story, "First Flag of New Hampshire," is available in paperback and as an ebook on Amazon.  Can Aly and Miguel find the missing flag for their history assignment?
Posted by Stephanie Burkhart at 5:00 AM