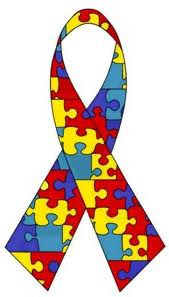 April is Autism Awareness Mouth and I wanted to share my thoughts and impressions with you as I have a young son, Joe, who is challenged with sensory issues. My post will talk in generalities, but feel free to comment and elaborate on anything I mention.


According to recently released statistics, 1 in 88 children are diagnosed on the Autistic Spectrum and boys are more prone to have the disorder.

Scientists haven't quite figured out how Autism affects the brain, but they believe there is a strong genetic basis for the disorder.


When do you, as a parent, know something is wrong?


Most parents suspect something is wrong by 18 months. I know I did. My son wasn't talking. His older brother said his first word clearly and distinctly at 14 months. I was still waiting for Joe to talk at 18 months. With a pediatric referral we went to local Regional Center. It's so important to go to your pediatrician when you first suspect something might be wrong because they can set you on the right path to get you the help you need.


Joe was evaluated and services began at 20 months. He had speech therapy, occupational therapy, and child development therapy until he was 3 and then our local school district took over.


I can't say enough good things about the early therapy Joe got. Within months he was talking. We identified his sensory issues and discovered his peanut allergy.


Children with autism generally have difficulties with pretend play, social interactions, and speech. They may also have sensory issues. Early intervention is so important because the brain is very pliable and easy to influence in learning new routines with therapies. 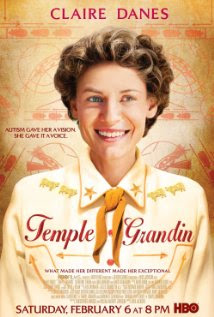 It wasn't easy for me, as a parent, to accept there might be something wrong with my son, but I knew I had to get him help. Joe is now five and mainstreamed in Kindergarten. He does not have an autistic diagnoses with our regional center, but he still struggles with sensory issues. Sometimes noises are too loud even when others are using a normal tone of voice. Sometime Joe needs more of the sensation to feel it. He needs to feel deep pressure hugs and do heavy work. He's been taking gymnastics class since he was 20 months. Just recently, he played AYSO soccer and flag football. He also takes hip hop dance lessons. His major struggles are mostly sensory, but he also needs help with fine motor skills.


It's so important as a parent to reach out to others for support. Other parents understand the hardship and challenges you face and may have a suggestion to help when you're drawing a blank.


A great movie to see is the HBO special on Temple Grandin who was played by Claire Danes. There are plenty of books on Autism and the spectrum. Actress Jenny McCarthy has written three books about her experiences with her son. (Louder than Words, Mother Warriors, Healing Autism Against All Odds, and Healing and Preventing Autism) 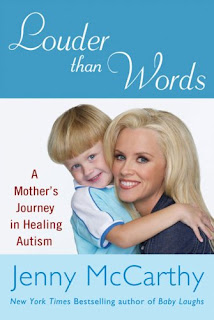 (I haven't read Jenny's books, but I do know as a celebrity, she's been vocal about her son's autism and it might be a good place to start if you, as a parent, have questions)