An Overview of the Romance Genre 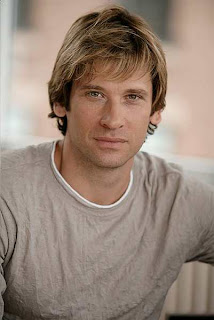 I thought I'd post this article, which I composed for my official newsletter a couple of months ago.
Romance is a popular genre. In fact, it's the #1 selling book genre right now. Why? Because they have a happy, hopeful ending. It's a good counterpoint to the depressing downturn in our economy.
I love a good romance. I prefer more gothic romance, historical/regancy romance, and paranormal.
Speaking of romance, my picture is Roger Howarth, an actor on the soap opera, "As The World Turns." Roger plays the character "Paul Ryan." Ah, he embodies my idea of a romantic leading man.... melting... mush...
Anyone have a good romance they'd like to share? Books? DVD? Movie?
****
The romance genre continues to be one of the most popular fiction genres to date. Romances of all sub-genres have two aspects of plot that are consistent throughout. First, the love story is the center point of the story, and second, the ending is emotionally satisfying. The genre was given life in 1740 with Pamela or Virtue Rewarded, by Samuel Richardson who wrote about a courtship from the woman's perspective. Jane Austen helped to further the genre with Pride and Prejudice, a book that made her a "master" of romance.

Historical
Georgette Heyer was the first to explore this sub-genre in 1921 with a romance set in the Regency period. (See Regency a little further down.) Historical romance explores romance that are set in the past. History is used in varying degrees - from setting to becoming an intrigual part of the plot. When writing historical romance, its important to do a lot of research to remain authentic and true to the romance.
Contemporary
A contemporary romance takes place in a modern day setting. Currently, its the most written about sub-genre. This also includes the recent popular trend known as "chick-lit." Contemporary isn't afraid to tackle modern issues such as a woman balancing a career and love. Keep in mind endings must be emotionally satisfying. If a contemporary novel or story ends with a principal dying or a sad ending, then its published as women's fiction, not romance.
Regency
A Regency romance takes place during a set historical time frame. It is usually in England between 1811-1820 when Prince George (the future George IV) ruled as regent during his father's (George III) illness. An interesting note: Jane Austen wrote regency romance, but remember - to her it was contemporary romance. She was writing during these years. Regencies focus on society and dialogue over action and sex to capture the essence of the time period.
Paranormal
Paranormal is a sub-genre that is trending well right now. The biggest aspect of this sub-genre is that the romance takes place in a fantasy type world. This included werewolves, vampires, and more fantasy type beings such as pixies and nymphs. The focus here is romance first, fantasy second.
Category
These are serial romances, mainly released by Harlequin and Silhouette. They tend to be much shorter than most romances. An interesting note: Nora Roberts cut her teeth writing in his sub-genre.
Romantic Suspense
This is known as the cousin to Gothic Romance. (I discussed Gothic Romance in my January Newsletter.) The sub-genre currently trend toward stories involving drug dealers, smugglers and such. Windswept Moors and spooky houses are yesterday's trends. Romantic suspense is seen as a good bridge from the romantic genre to the mainstream, best selling market.

Other sub-genres include time travel, gothic, and erotica. Whatever sub-genre you choose to explore, just remember research gives your story the authenticity the tale craves.
A good time traveling romance I just read which involves a belief in karma is called "Anam Cara" by Keena Kincaid. You can find it on Amazon.com.
All the best
Steph
Posted by Stephanie Burkhart at 7:27 PM